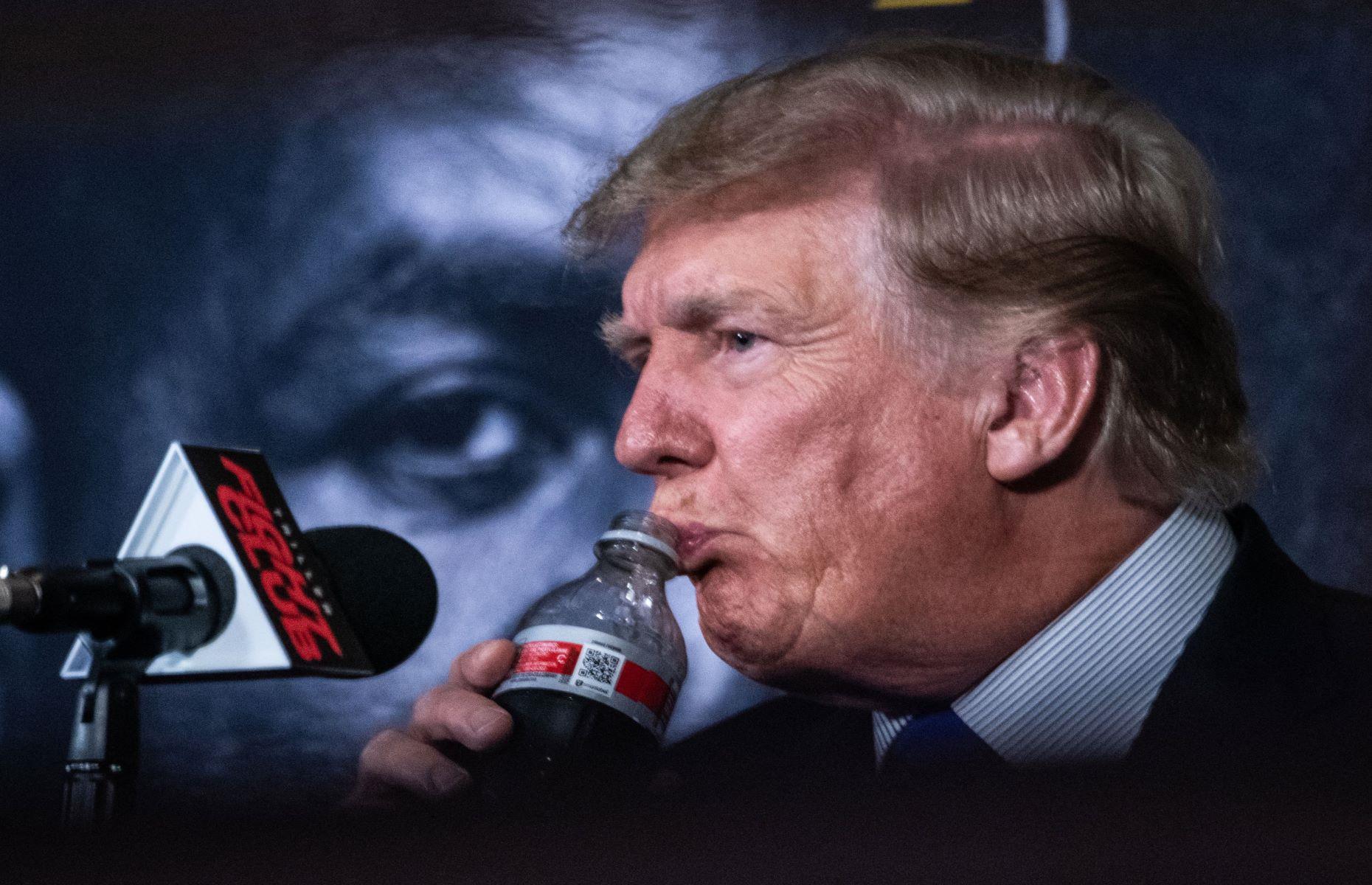 Donald Trump isn’t a fan of what he describes as the left’s “woke cancel culture". But in April 2021 – when Republicans in Georgia introduced a restrictive new voting law known as SB 202 – the former president did some cancelling all of his own, encouraging Americans to boycott certain brands that spoke out against the state.

This was nothing new. For years, Trump has been enthusiastically blacklisting everything from department store Macy's to his beloved Coca-Cola. But has he put his money where his mouth is? Read on to discover the products and brands he wants you to avoid and, if known, whether he's managed to avoid them himself. 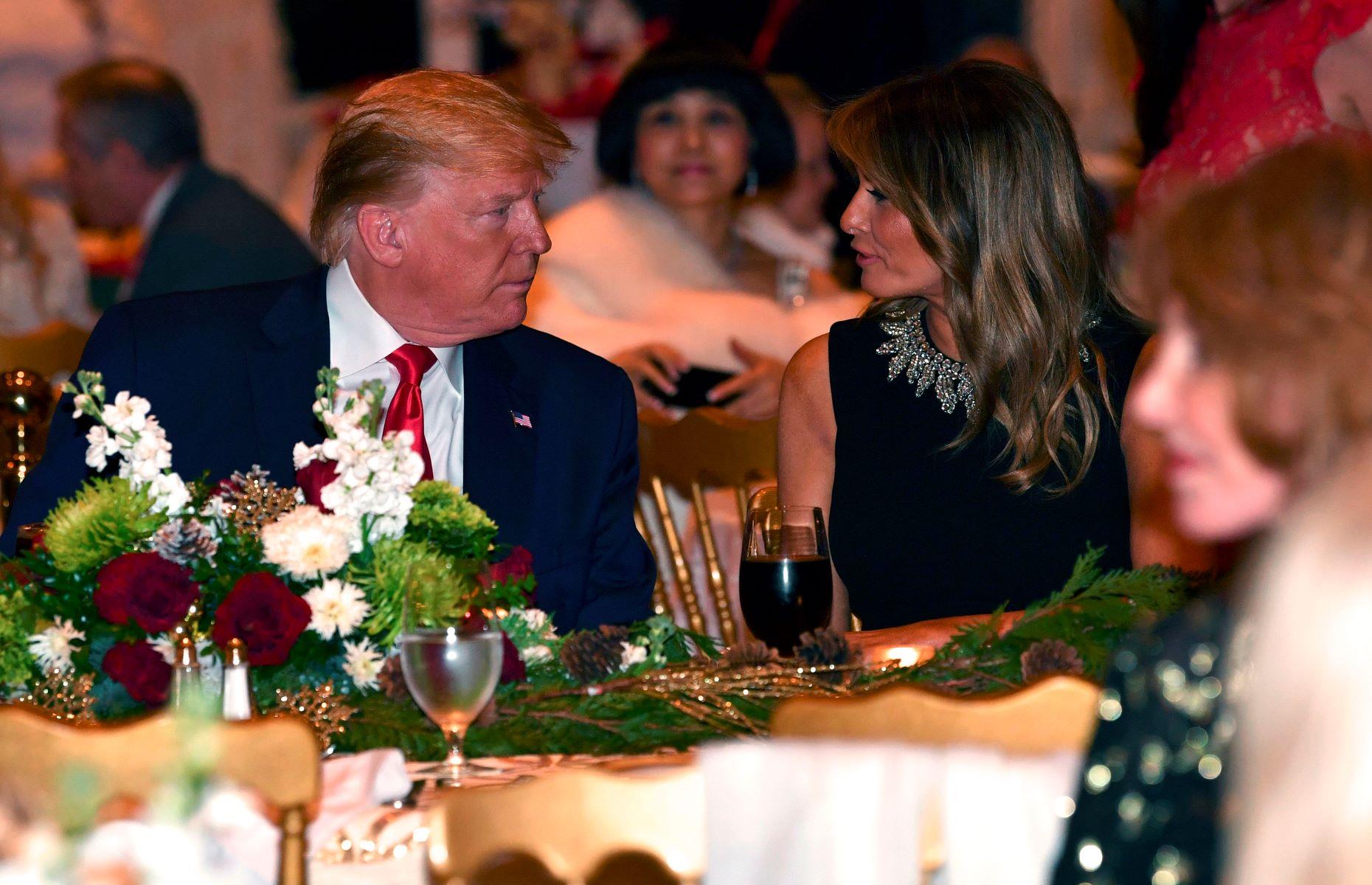 In 2017, the New York Times reported that Donald Trump drinks up to 12 cans of Coca-Cola a day. He’s been a fickle friend to the sugary drink over the years, tweeting in 2012 that he has “never seen a thin person drinking Diet Coke”, before saying that he’d “still keep drinking that garbage” regardless. He was true to his word, even installing a button on his White House desk to summon a Coke at will.

However, the company apparently left Trump with a sour taste in his mouth after CEO James Quincey described SB 202 as “a step backward”. The law will introduce voter ID for absentee ballot, as well as make it illegal for people to bring food and water to voters waiting in line. 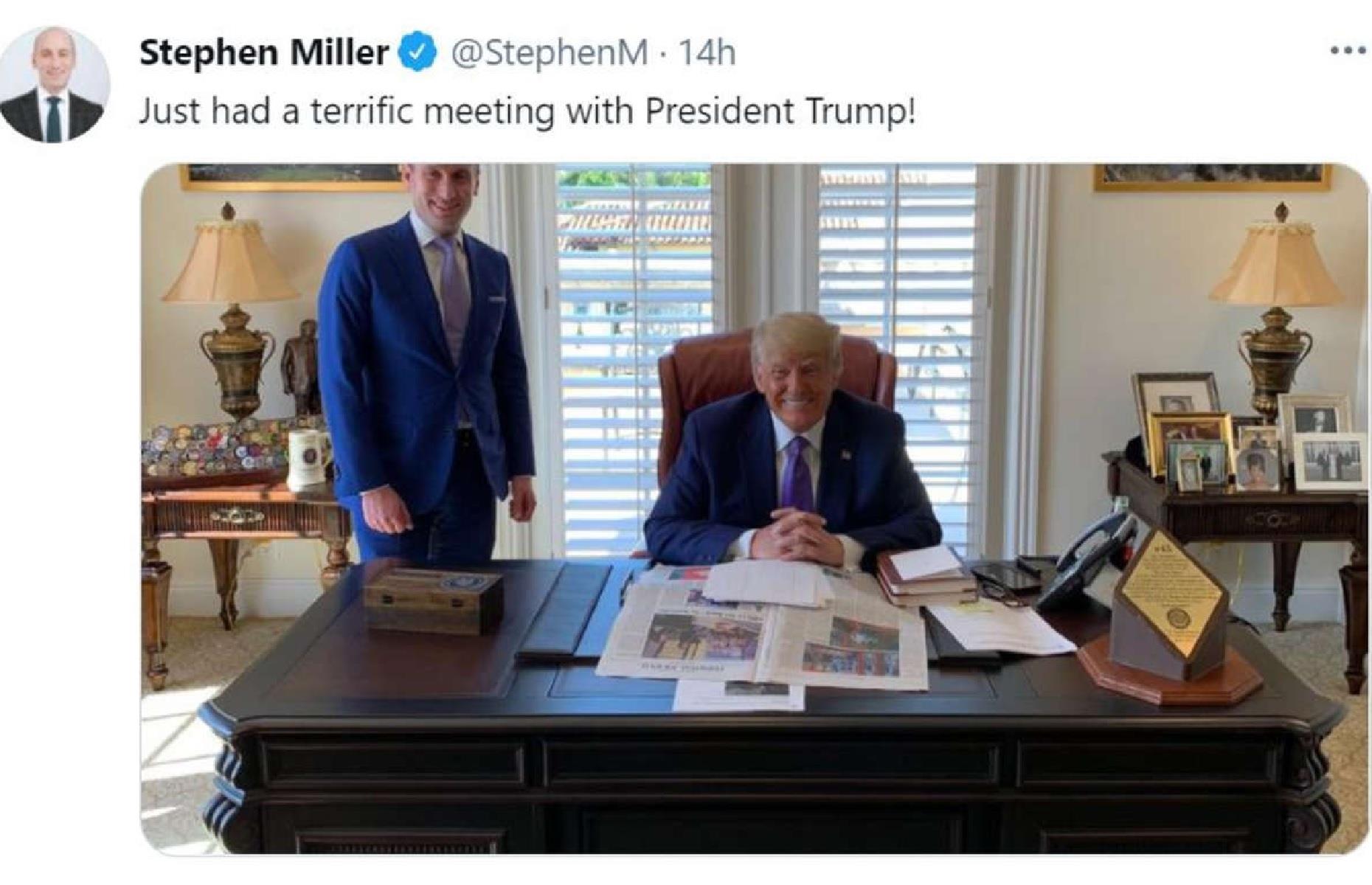 In a statement released on 3 April 2021, Trump called on his supporters to boycott Coca-Cola in protest. Two days later, his senior adviser Stephen Miller tweeted a photo of Trump in his Mar-a-Lago office – and people were quick to notice an incriminating red bottle hiding behind the telephone.

Investigators at CNN Business also discovered that the drink is still served at Trump properties throughout America, including the Trump International Hotel in Washington DC, the Trump National Doral golf club in Miami, and Trump’s Las Vegas hotel. 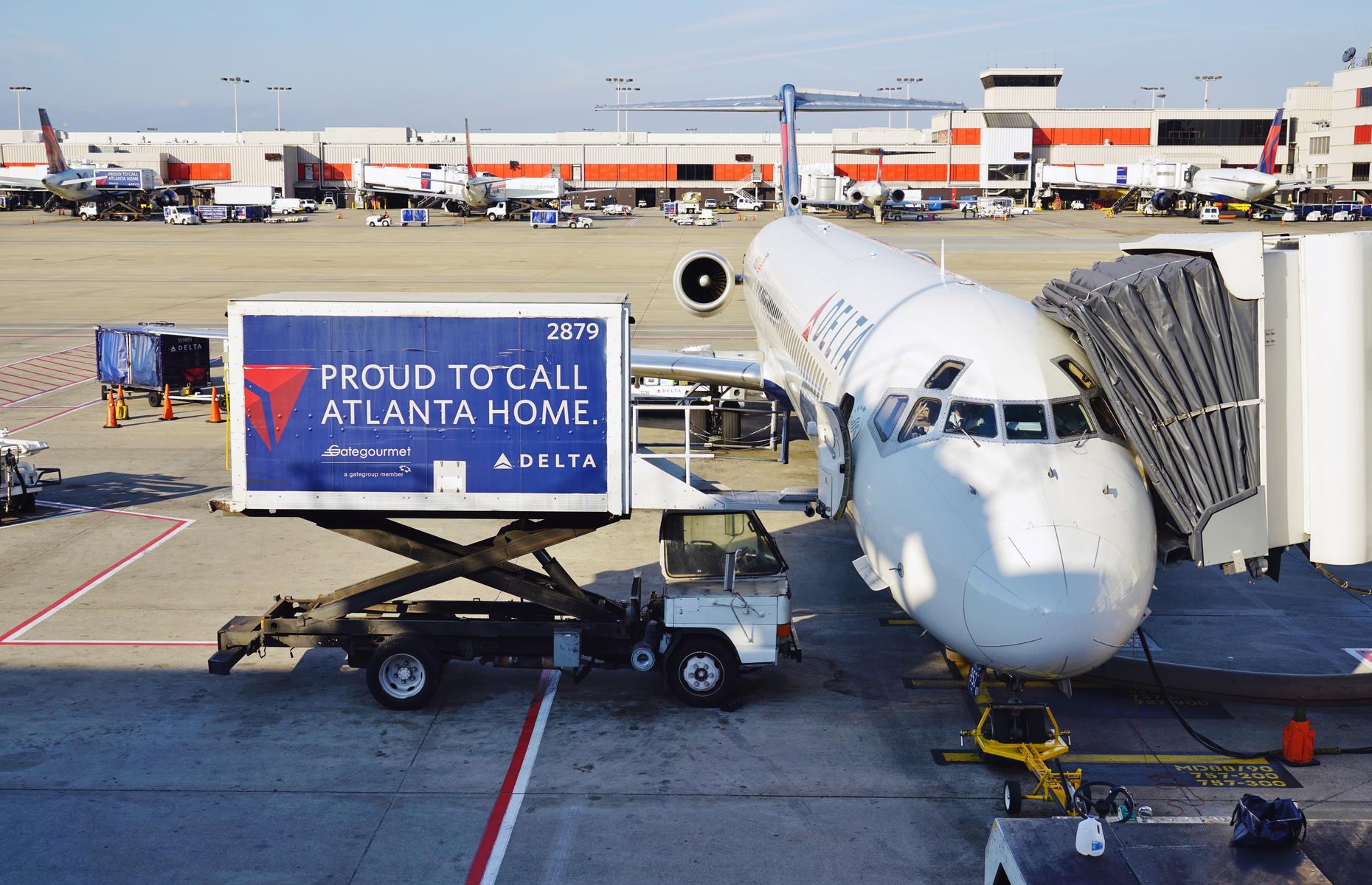 Delta Airlines has also come under fire for speaking out against SB 202. The airline – which recently introduced a $200 monthly surcharge for employees who aren’t vaccinated against COVID-19 – is headquartered in Atlanta, Georgia.

The company is no stranger to rubbing Republicans up the wrong way, with some people claiming that the company has refused to fly Trump supporters in the past. So when Delta CEO Ed Bastian said that the new voting bill was “unacceptable and does not match Delta’s values”, Trump was quick to add it to his ‘no-go’ list. 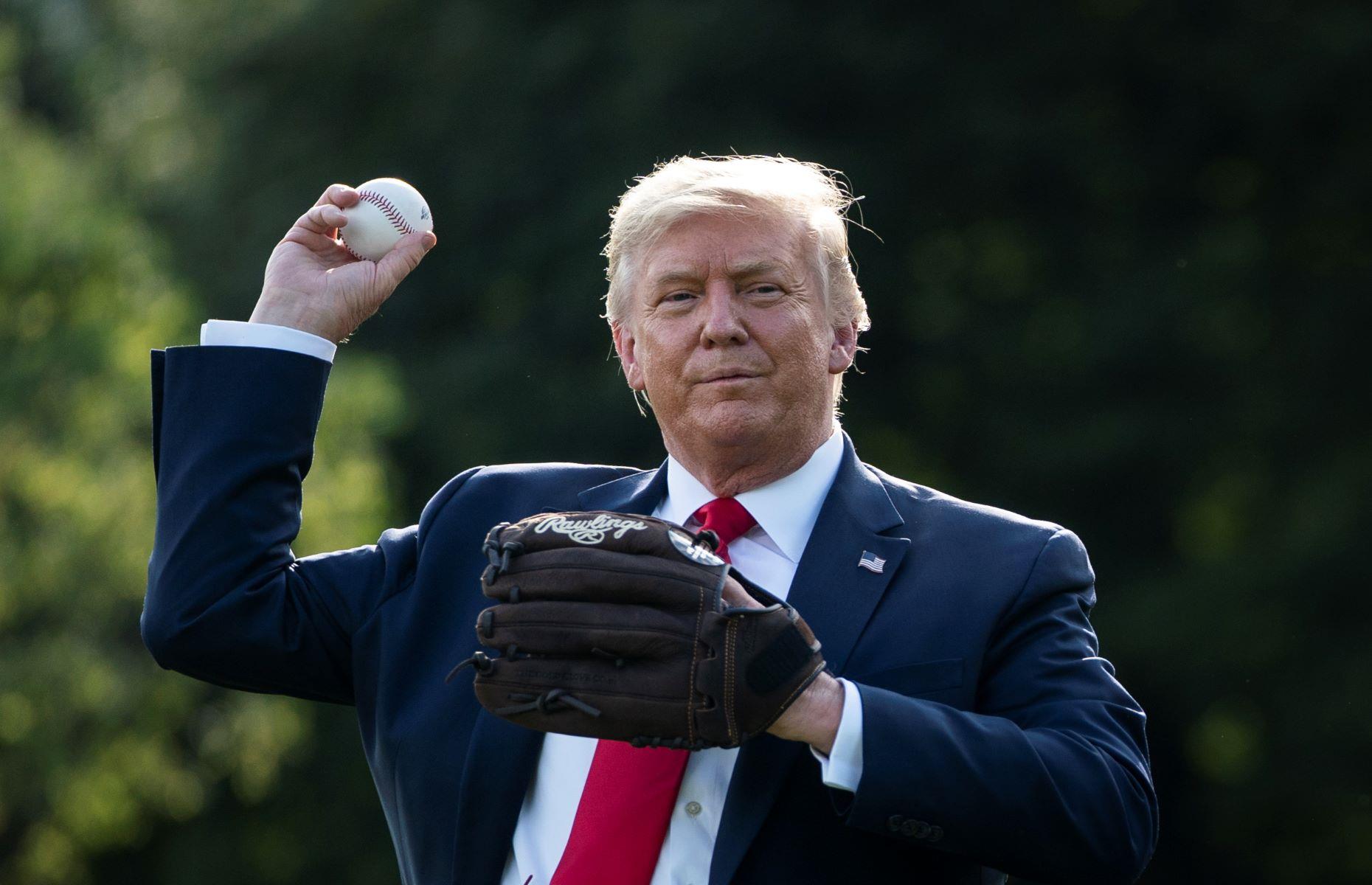 The league’s commissioner, Rob Manfred, wrote in a statement: “I have decided that the best way to demonstrate our values as a sport is by relocating this year’s All-Star Game and MLB draft. Major League Baseball fundamentally supports voting rights for all Americans and opposes restrictions to the ballot box.” 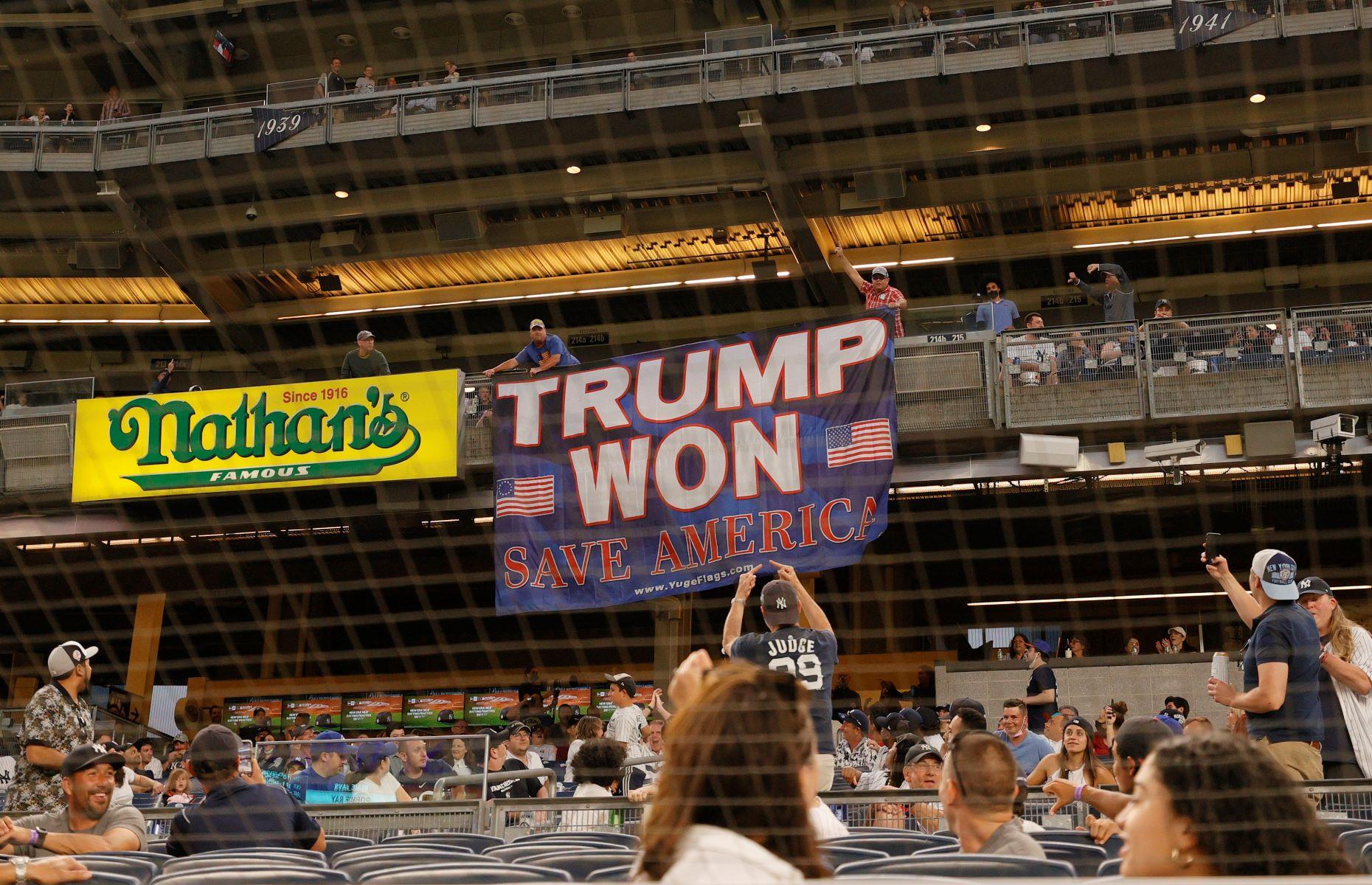 The move didn’t please Trump, who called on his supporters to boycott MLB in response. He claimed that baseball games are “not appropriate” and that he “doesn’t know what the hell [he’s] watching”, despite his long-term love of the sport.

Like Coca-Cola, baseball has long loomed large in Trump’s life. In 2010, the former president even told MTV that he was “supposed to be a professional baseball player” before turning to real estate – a claim that senior baseball writer Keith Law has described as “absolutely laughable” based on Trump’s high school batting scores. 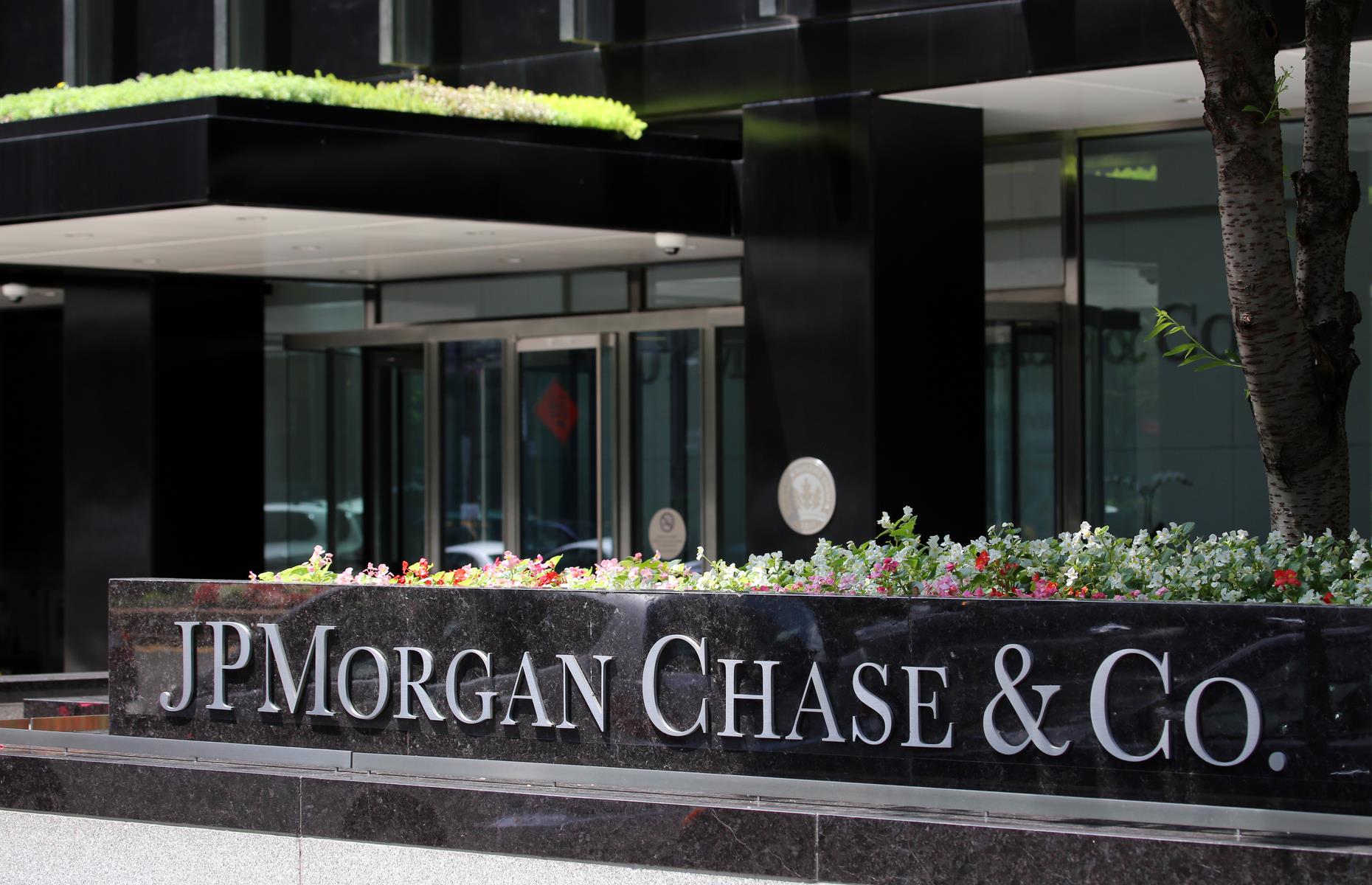 Jamie Dimon, chairman and CEO of American investment bank JPMorgan Chase, didn’t explicitly oppose Georgia’s voting reform bill. However, his claim that “we regularly encourage our employees to exercise their fundamental right to vote, and stand against efforts that may prevent them” was apparently the final straw for Trump, who asked Americans to boycott the bank in April 2021. JPMorgan Chase was one of several major banks that suspended its political funding in the wake of the Capitol riots in January 2021. 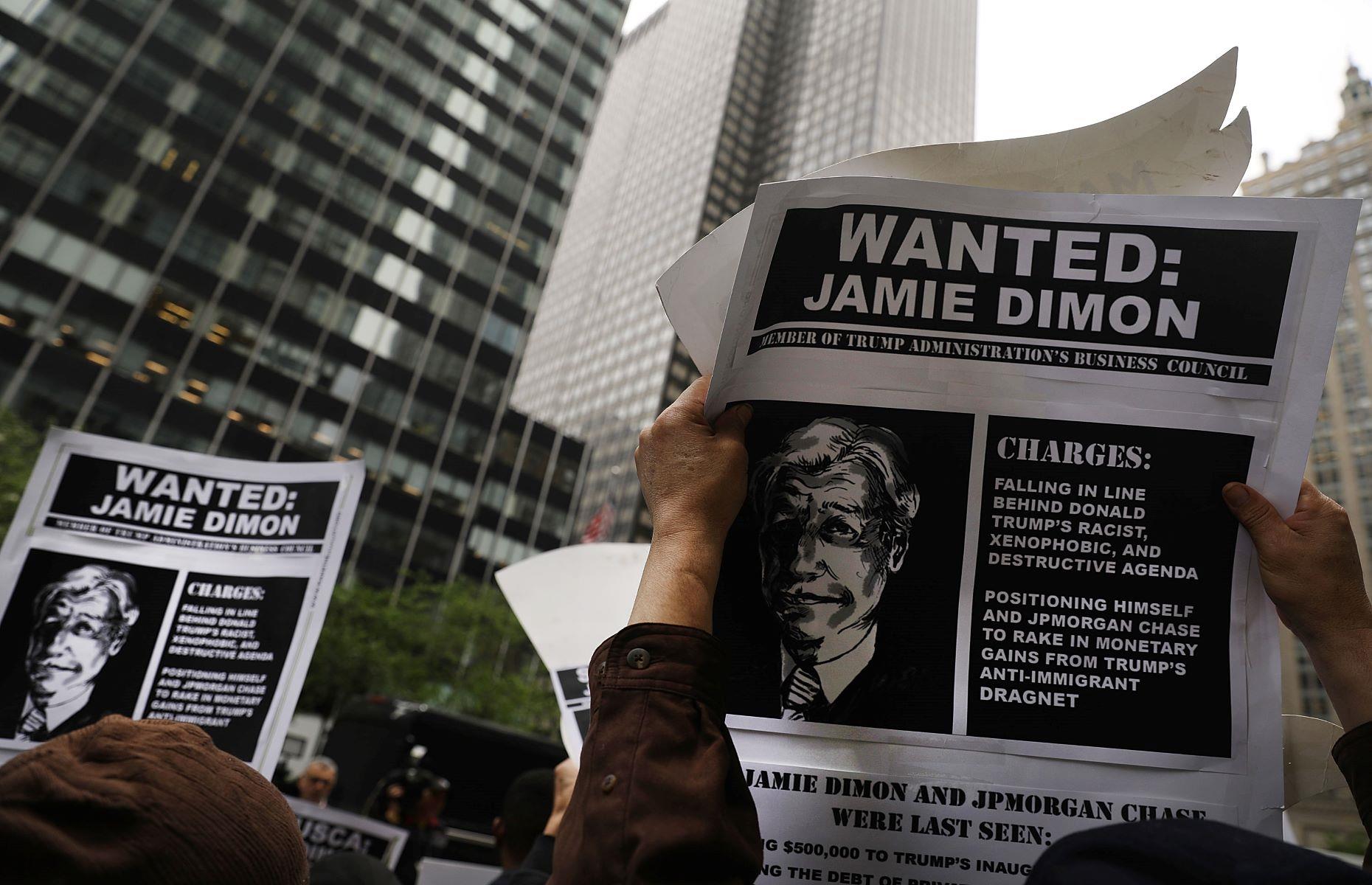 This wasn’t the first or last time that Dimon found himself on Trump’s bad side. In 2017, the CEO – who served on Trump’s business council at the time, sparking protests (pictured) – condemned Trump’s response to a right-wing terror attack in Charlottesville, Virginia. Then, in August this year, Trump said that Dimon was “not a patriot” after JPMorgan Chase announced further expansions in China. However, Trump later praised JPMorgan Chase for asking its senior employees to return to the office in September this year.

Unlike Jamie Dimon, media conglomerate ViacomCBS wasn’t afraid to oppose SB 202 explicitly. In a statement, the company said: “We unequivocally believe in the importance of all Americans having an equal right to vote and oppose the recent Georgia voting rights law or any effort that impedes the ability to exercise this vital constitutional right.” Trump swiftly extended his boycott to ViacomCBS – but apparently forgot just a few weeks later. 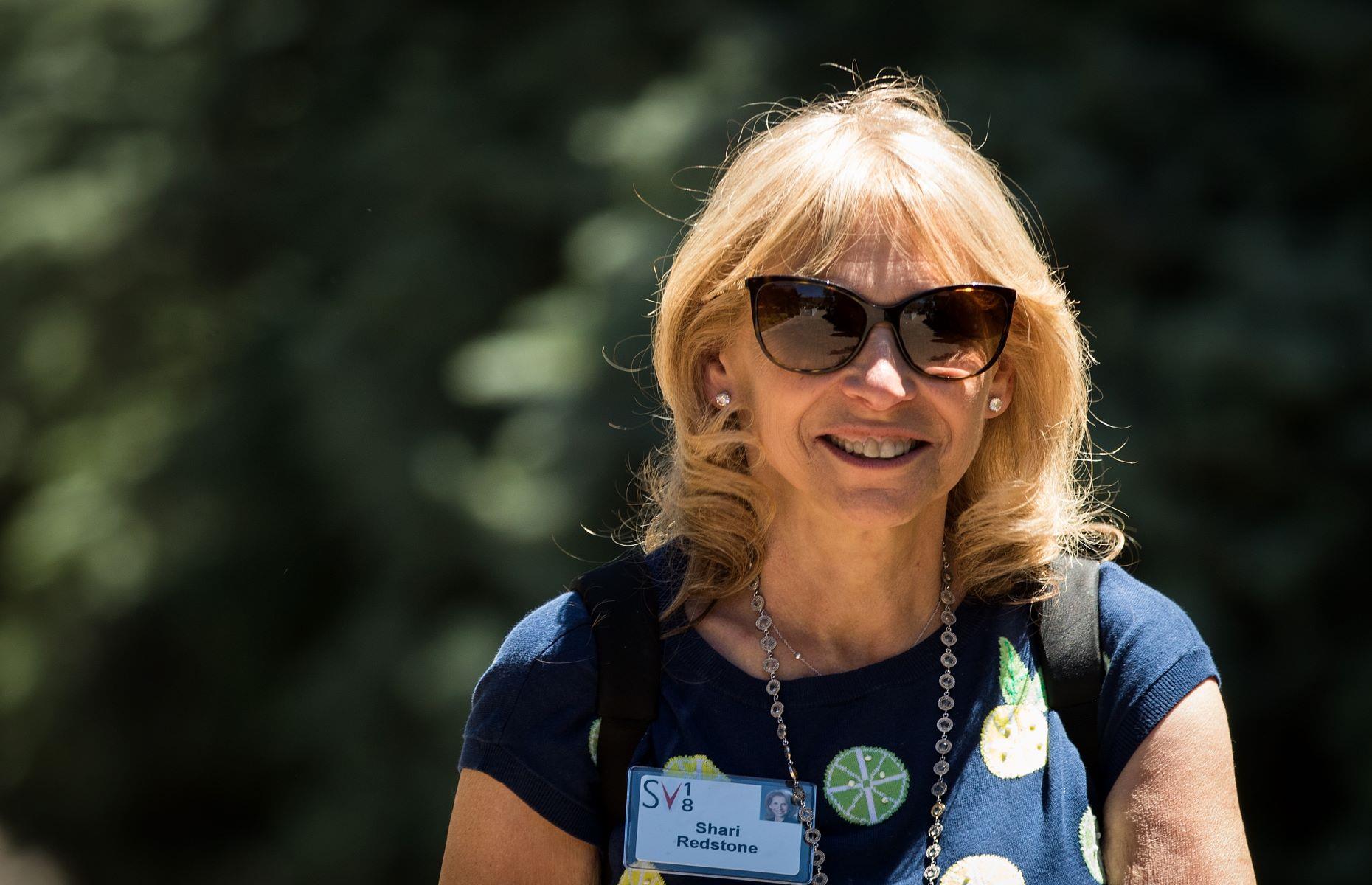 In an interview with right-wing political commentator Dan Bongino, Trump revealed that he had a “great relationship” with ViacomCBS chair Shari Redstone, saying: “Shari Redstone, someone that I like a lot, we’ve had a great relationship for a long time. She’s very smart, very good.” He went on to share that he once suggested that Redstone should turn CBS Evening News into a conservative newscast to “double, triple, maybe even quadruple” her ratings.

Senior employees at investment bank Citigroup condemned SB 202 on LinkedIn. Chief Finance Officer Mark Mason and Head of Global Public Affairs Edward Skyler both shared their opposition to the bill, and announced that Citigroup would actively encourage its employees to vote. Mason is one of 72 Black executives who signed an open letter to fight the new legislation in March 2021. Trump urged his supporters to boycott the bank, despite having worked closely with a Citigroup lawyer to pick bank regulators before his inauguration in 2017, according to The Huffington Post. 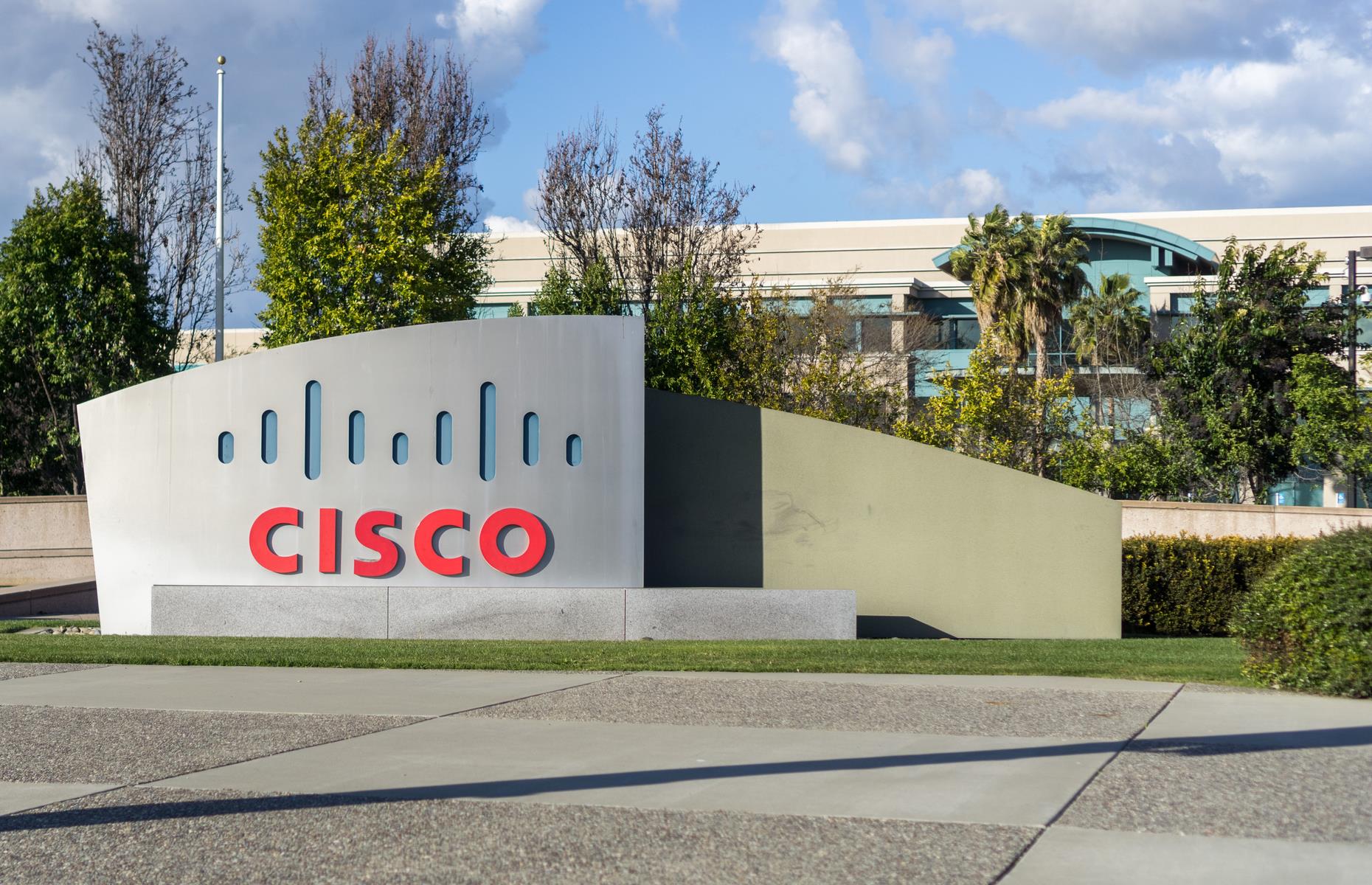 Technology giant Cisco also took to social media to protest against Georgia's voting reforms, sparking indignation from Trump. On 31 March, Cisco CEO Chuck Robbins wrote that "voting is a fundamental right in our democracy. Our vote is our voice, and everyone deserves the opportunity to be heard." 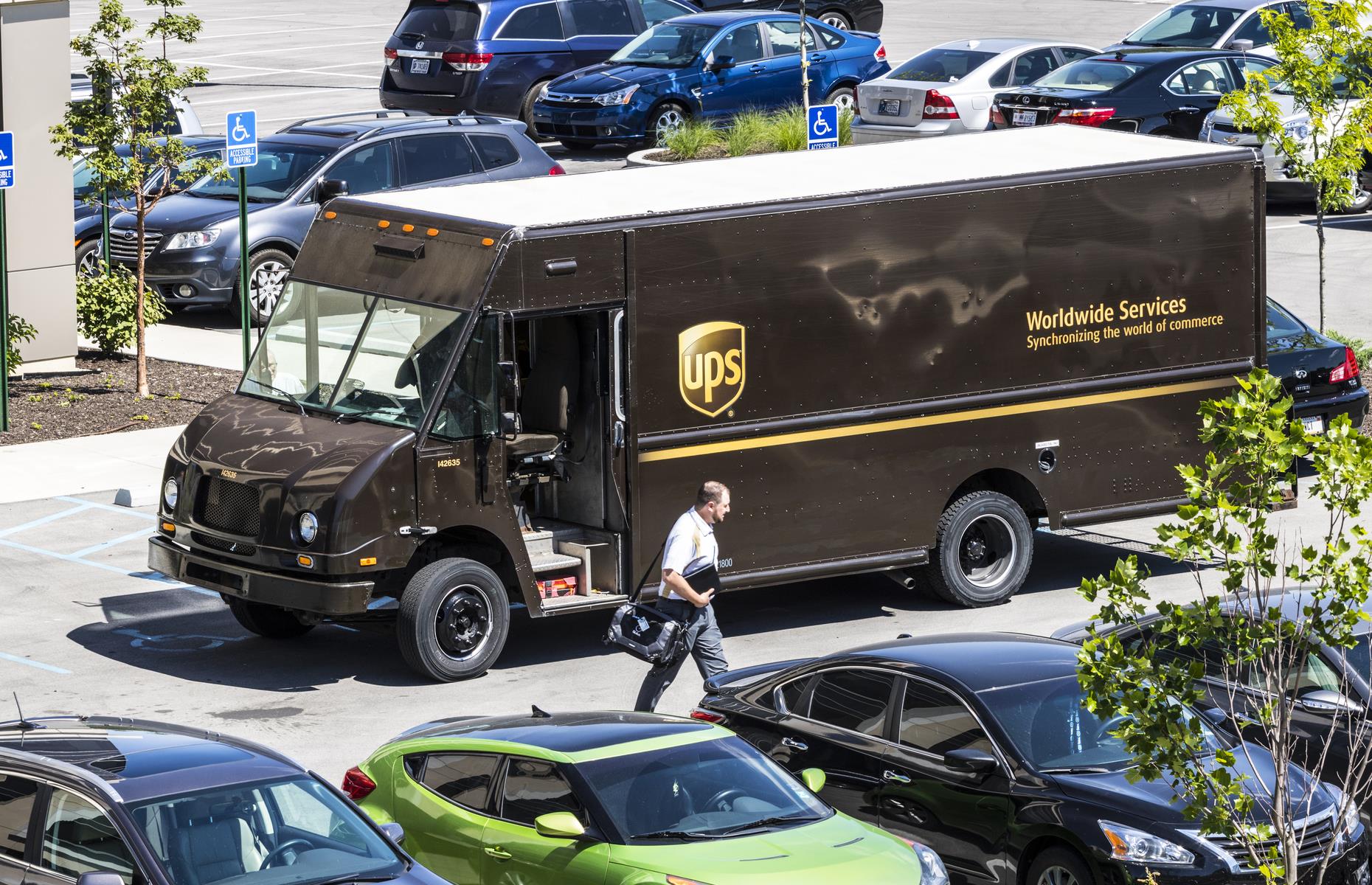 UPS, which has headquarters in Atlanta, also delivered a blow to Trump's pride. In an attempt to counter the effects of SB 202, the multinational shipping company announced that it would print absentee ballots on behalf of its employees, give employees the chance to volunteer at polling stations on election days, and provide funding to companies that hold voter registration drives. 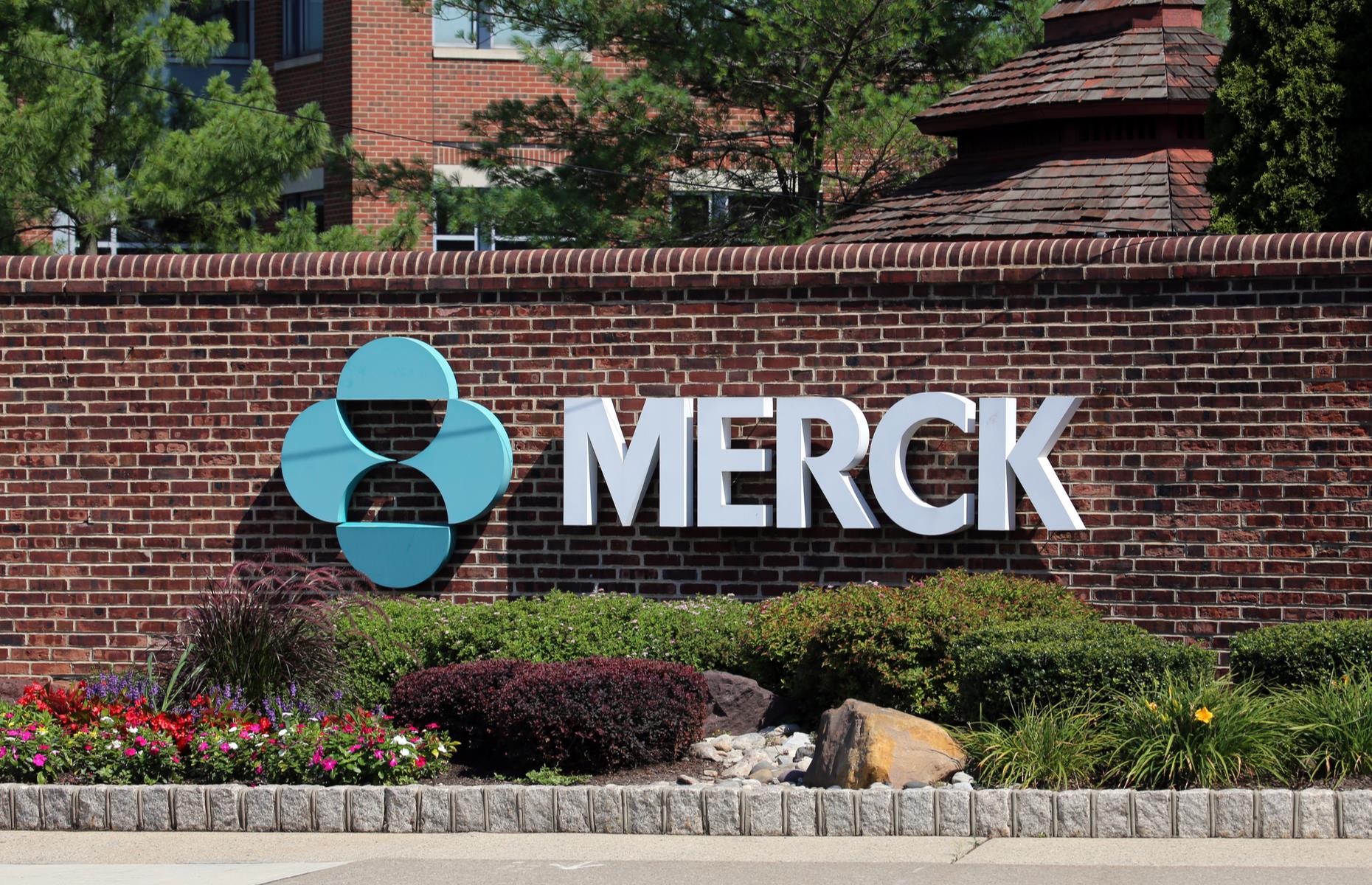 Pharmaceutical organisation Merck was the final company that Trump mentioned in his statement on 3 April. CEO Ken Frazier appeared on CNBC to protest Georgia's voting reform, saying that "democracy rests on ensuring that every eligible voter has an equal and fair opportunity to cast a ballot, free from restrictions that have a discriminatory impact." 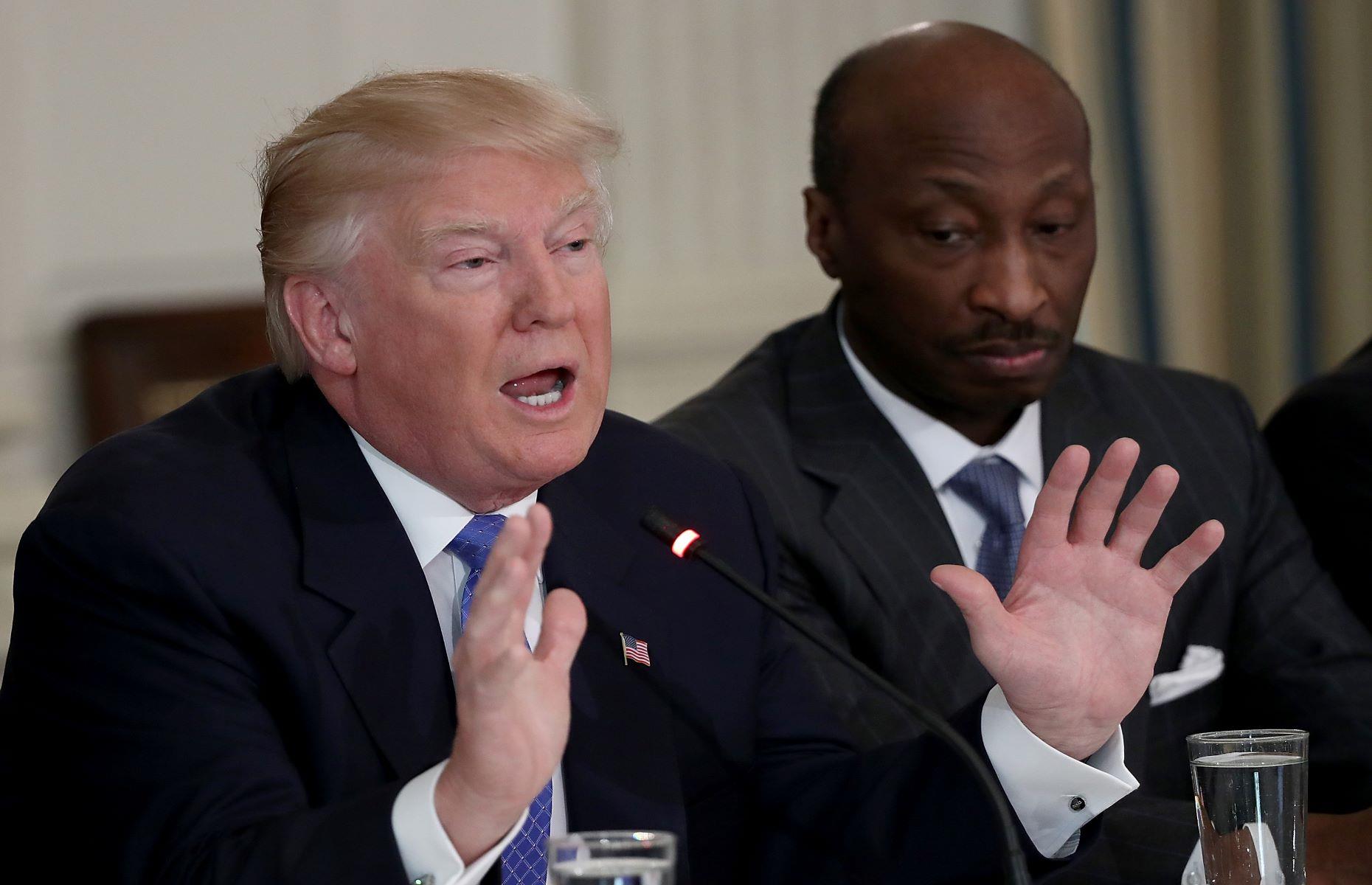 Ken Frazier (pictured here on the right) has had a troubled relationship with Trump in the past. Like Jamie Dimon, CEO of JPMorgan Chase, Frazier resigned from Trump's business council in the wake of the Charlottesville terror attack. Trump responded by tweeting that the CEO would now have "more time to LOWER RIPOFF DRUG PRICES!"

After the announcement of SB 202, Trump went on a boycotting spree. In August 2020, he announced on Twitter that he was boycotting Goodyear Tires, after the company informed employees in Kansas that Trump's infamous 'Make America Great Again' hats weren't allowed in the workplace. "Don't buy GOODYEAR TIRES – they announced a ban on MAGA HATS. Get better tires for far less!" Trump tweeted. People were quick to point out that 'the Beast', the US presidential limo (pictured), is exclusively kitted out with Goodyear Tires.

Unsurprisingly, Trump has had a strained relationship with some of the media. The New York Times and Washington Post have both prompted lawsuits from the former president, yet they're far from the only outlets that have met with Trump's disapproval.

The Huffington Post, Buzzfeed, Politico, The Des Moines Register, Daily Beast, New Tri-State Defender, and celebrity blog Gawker are just some of the media outlets that were blacklisted by Trump's campaign, which denied press credentials to the journalists who wrote unflattering pieces about the 45th POTUS during his presidency. 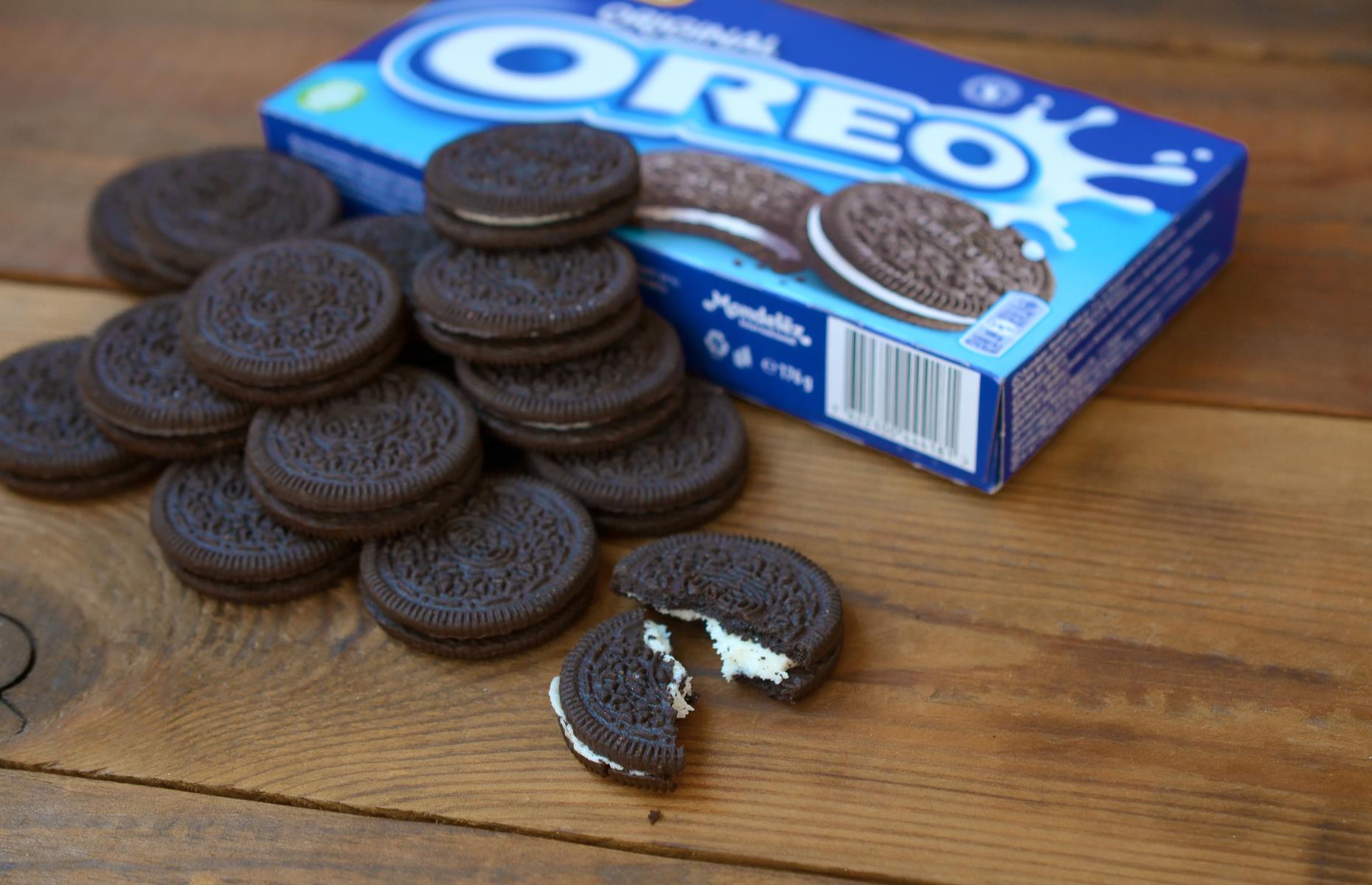 Trump hasn't just blacklisted brands that have openly criticised him or his policies. In 2017, he took issue with Oreo cookies after manufacturer Mondelēz International announced that it was moving its Chicago operations to Mexico. Trump declared that he was boycotting the cookies and encouraged his supporters to do the same, even starting a chant of "no more Oreos!" at a Las Vegas rally. 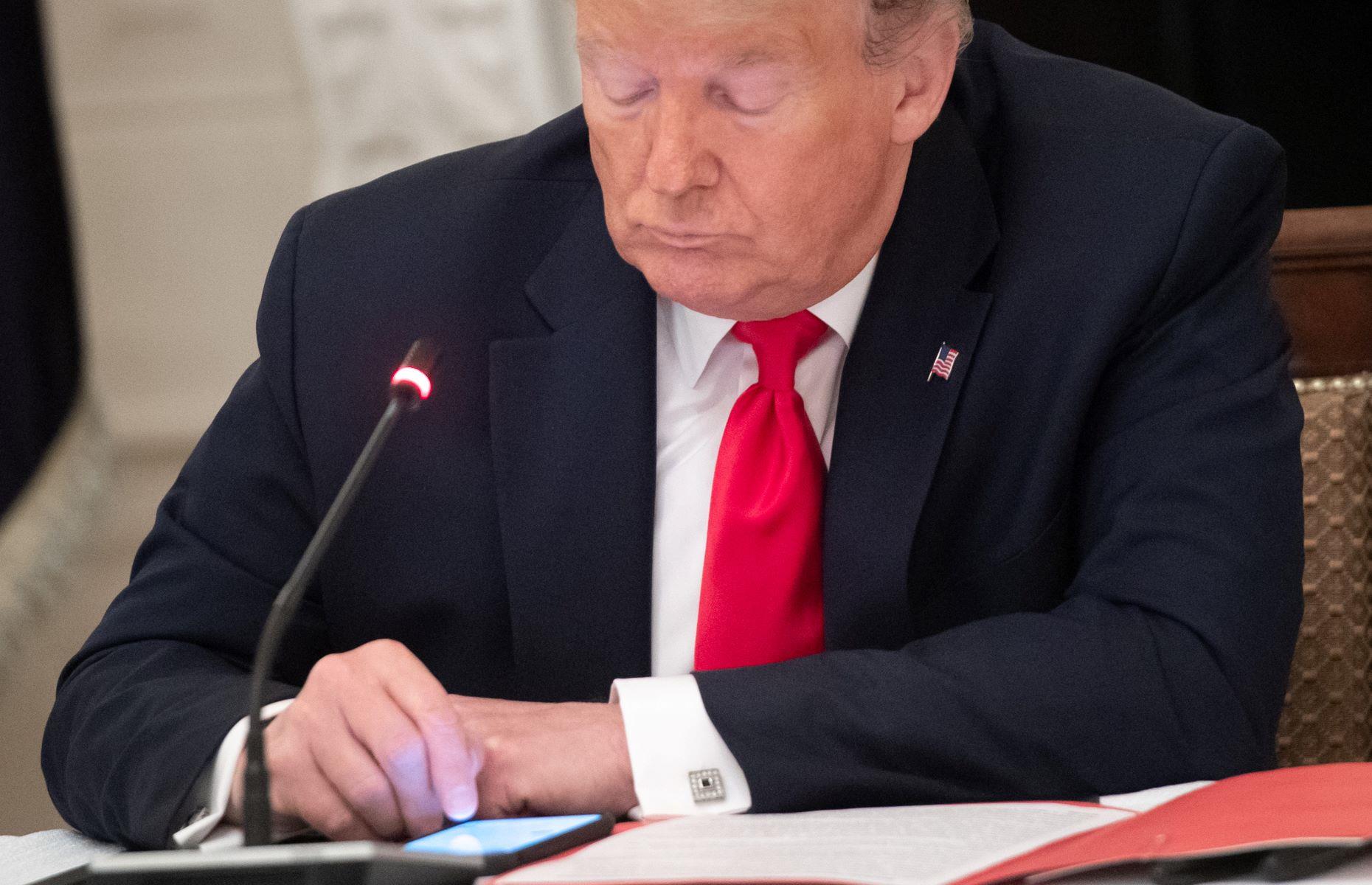 In February 2016, the former president asked his supporters to "boycott all Apple products" to pressure the tech company into unlocking the mobile phone that belonged to the culprit of a terror attack in San Bernardino, California in 2015. Apple didn't change its mind – but the move doesn't seem to have harmed the company's sales. Trump himself has remained a loyal iPhone user, refusing to part with his device even after US intelligence agencies warned him that his phone had been hacked in 2018. 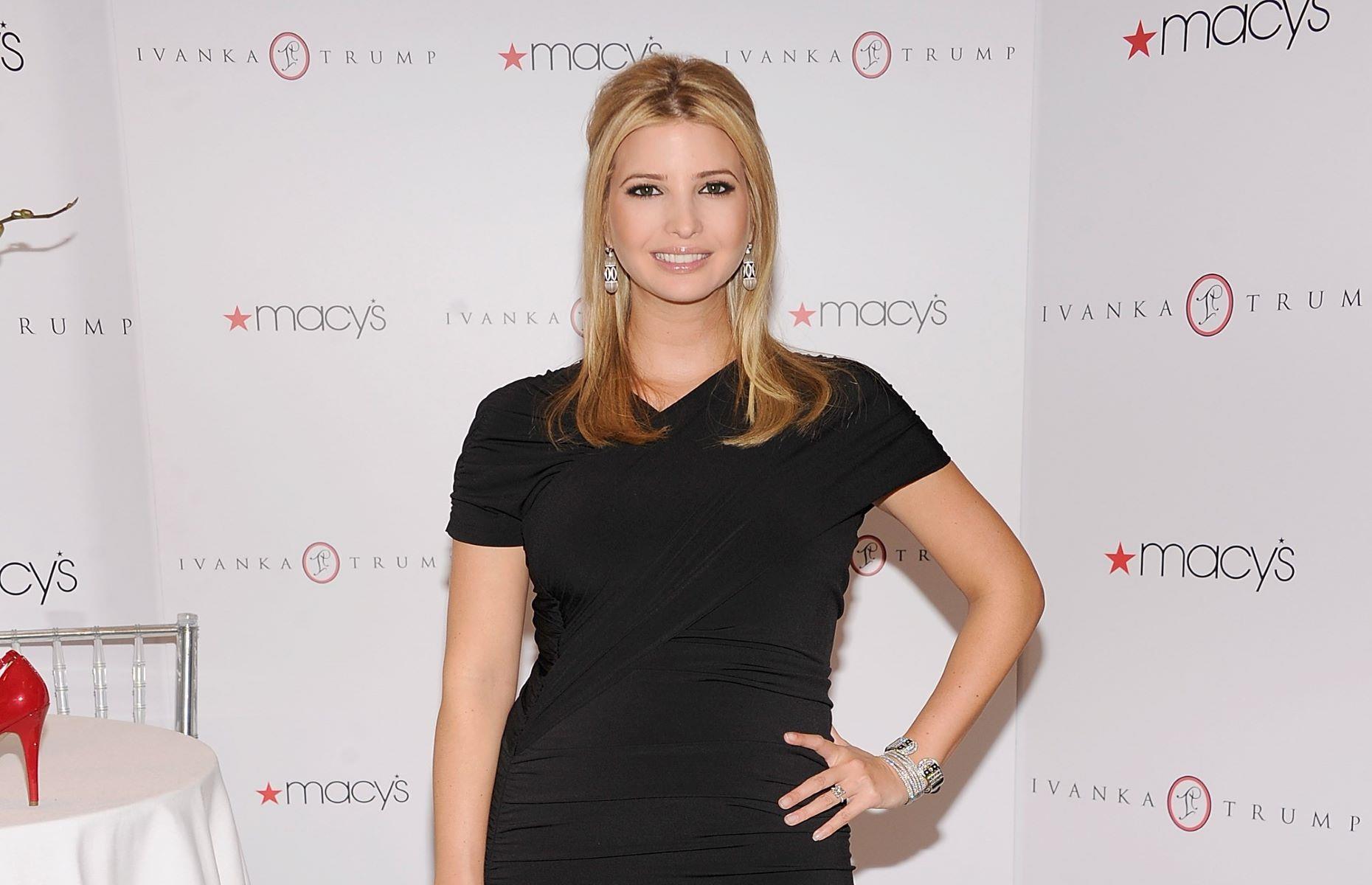 American department store Macy's must have wounded Donald Trump's pride when it cut ties with the then-presidential candidate in 2015. The store announced that it would be dropping Trump's merchandise from its product catalogues after he made derogatory comments about Mexico in a campaign speech. In response, Trump called for his supporters to boycott Macy's – even though the store still stocked his daughter Ivanka's clothing and fragrance lines at the time. 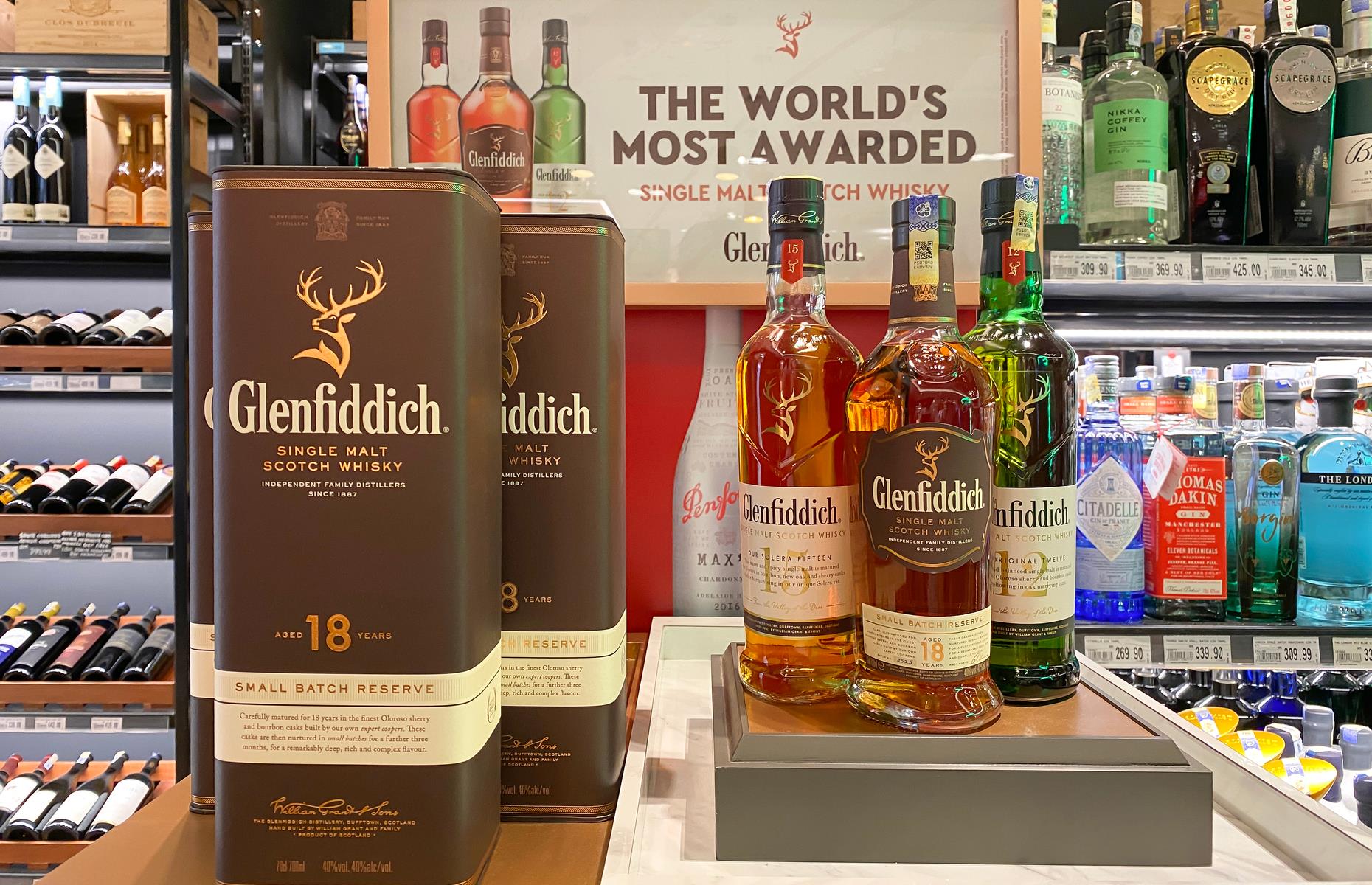 Coca-Cola isn't the only drink that's gone down the wrong way with Trump. Back in 2012, Glenfiddich whisky awarded its 'Top Scot' prize to Michael Forbes, a farmer from Aberdeenshire who shot to fame after refusing to sell his land to Trump. Forbes beat tennis player Andy Murray to the prize, a decision that Trump described as "an insult to both Andy Murray and Scotland itself." To get his own back, he swiftly banned all of the whisky brands owned by Glenfiddich's parent company, William Grant & Sons, from his hotels.

Almost a decade later, it appears that Trump's Glenfiddich grudge is forgiven. A bottle of what appears to be the blacklisted whisky can be seen behind the bar at the Trump International Hotel in New York (pictured).

Now see how Donald Trump makes and spends his money