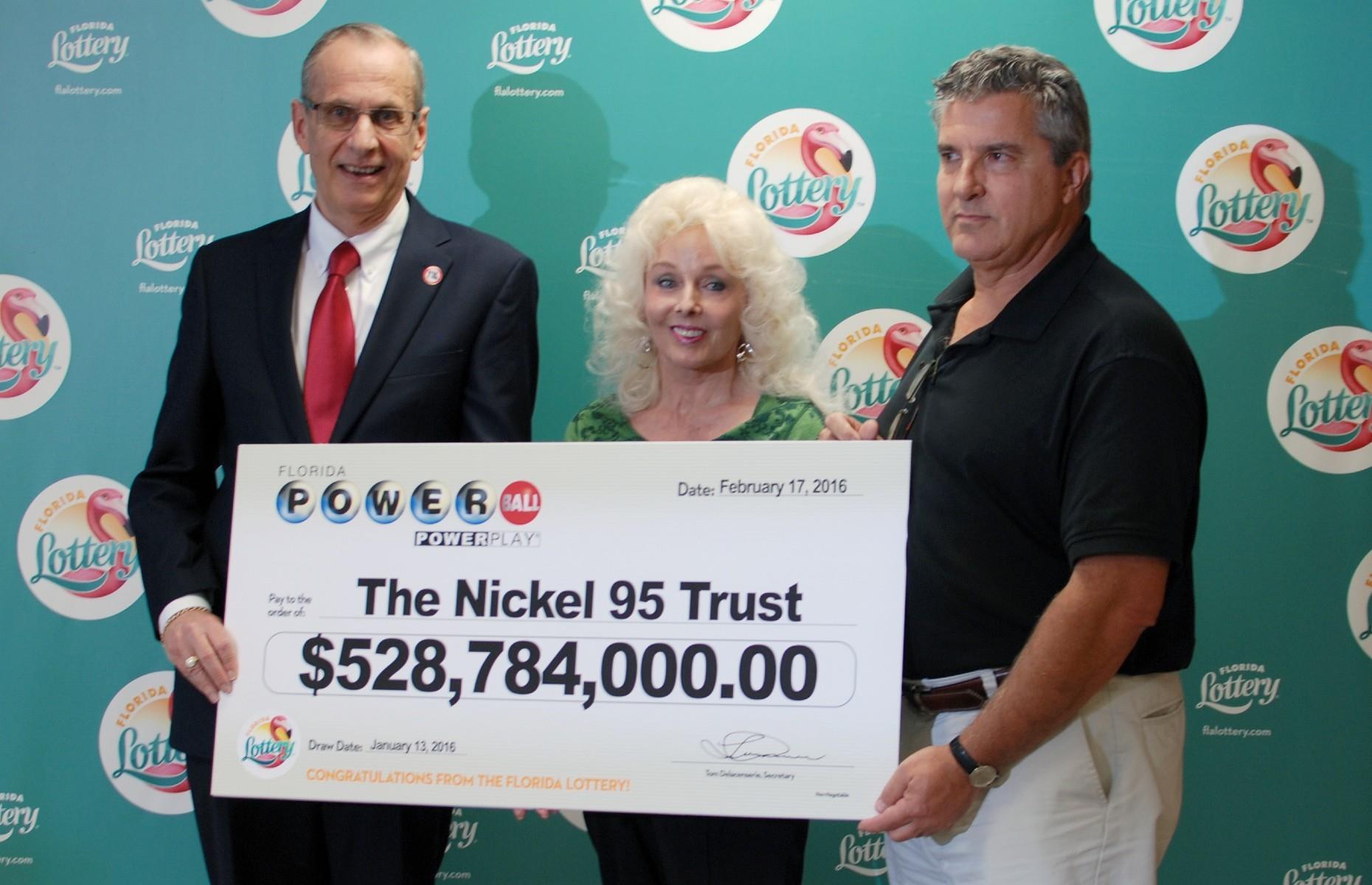 Lottery jackpots can be life-changing, but the biggest prizes in American lottery history are truly mind-blowing. With a billion-dollar ticket finally claimed in Illinois, read on as we count down the largest amounts won – and reveal who claimed them if known.
Features 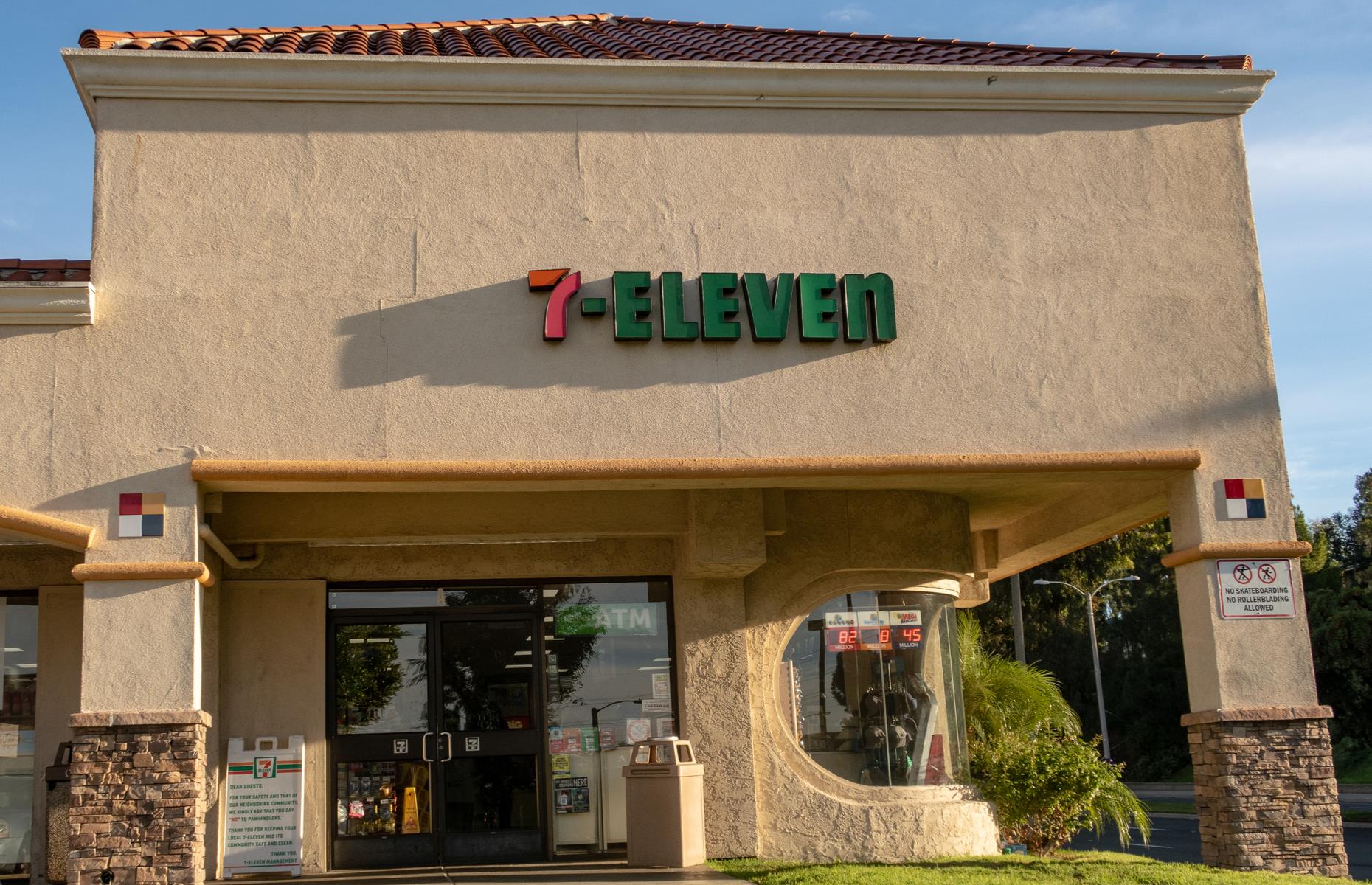 The new year got off to a strong start for two lucky lottery winners. On 5 January, two tickets matched all six of the Powerball numbers (6, 14, 25, 33, 46 and 17), enabling the ticket holders to split an incredible $632.6 million jackpot. Powerball claimed that "strong ticket sales" had sent the jackpot skyrocketing above $630 million. One of the winning tickets was bought in Wisconsin, while the other was bought at a 7-Eleven store in Sacramento, California. Coincidentally, January is apparently one of the most popular months for lottery jackpots, with three of America's top 10 jackpots all having been claimed in the first month of the year. That could certainly cure the January blues... 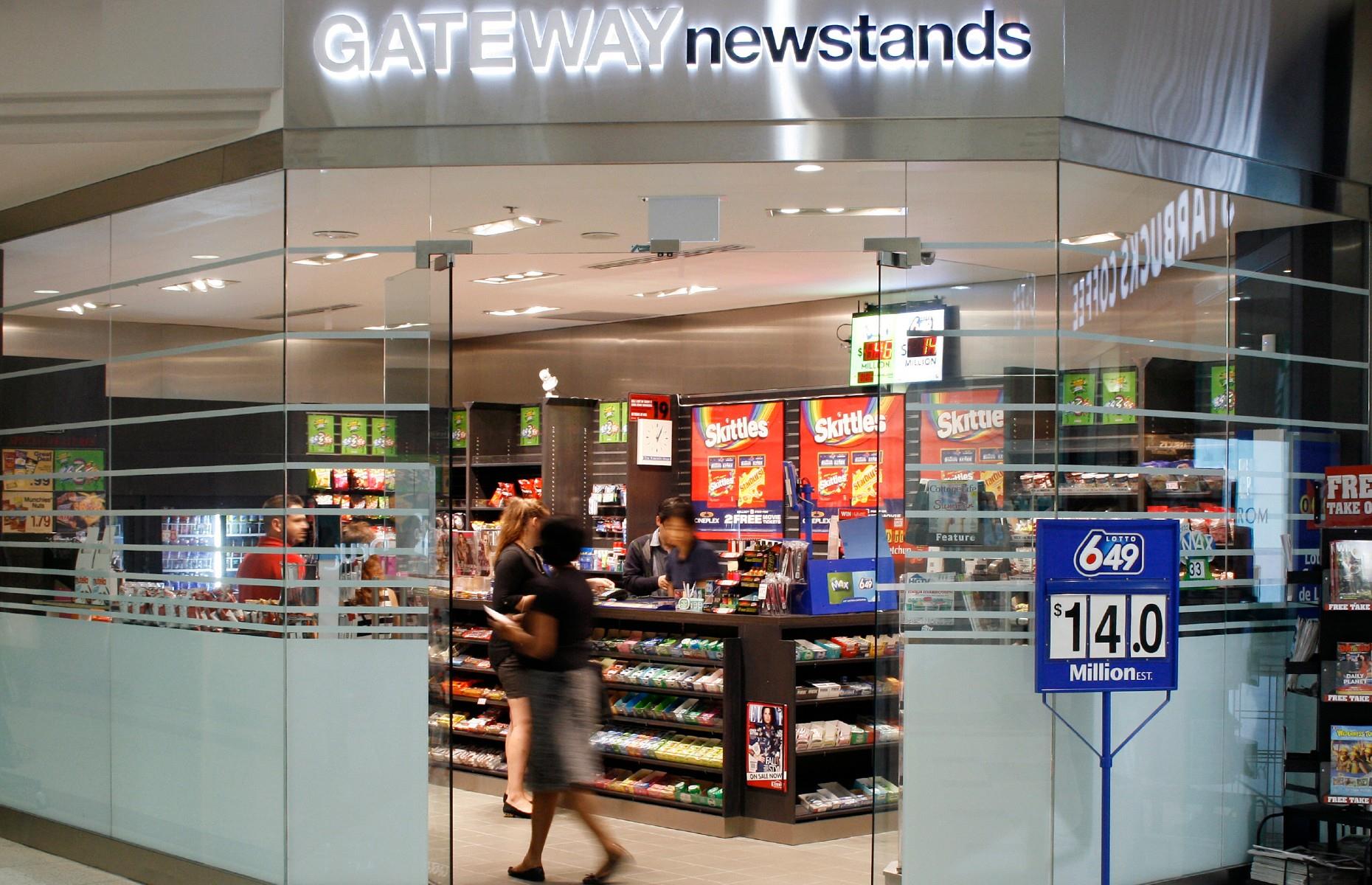 In 2013, the 10th biggest lottery jackpot in American history was split between two lucky Mega Millions winners: an anonymous player who purchased their ticket in San Jose, California, and Ira Curry, a 56-year-old who bought her ticket at a Gateway Newstand in Atlanta, Georgia. While the Californian winner remains a mystery and Curry didn’t show at Atlanta’s lottery announcement, Thuy Nguyen, the owner of Jenny’s Gift Shop where the winning ticket was sold in San Jose, welcomed the publicity, saying “I feel good! I feel good! Come to my store!” in an interview with NBC Bay Area. Rules differ from state to state, but California’s regulations mean that Nguyen got a $1.5 million slice of the winnings for selling one of the jackpot-winning tickets. He had only taken over the store four months before. 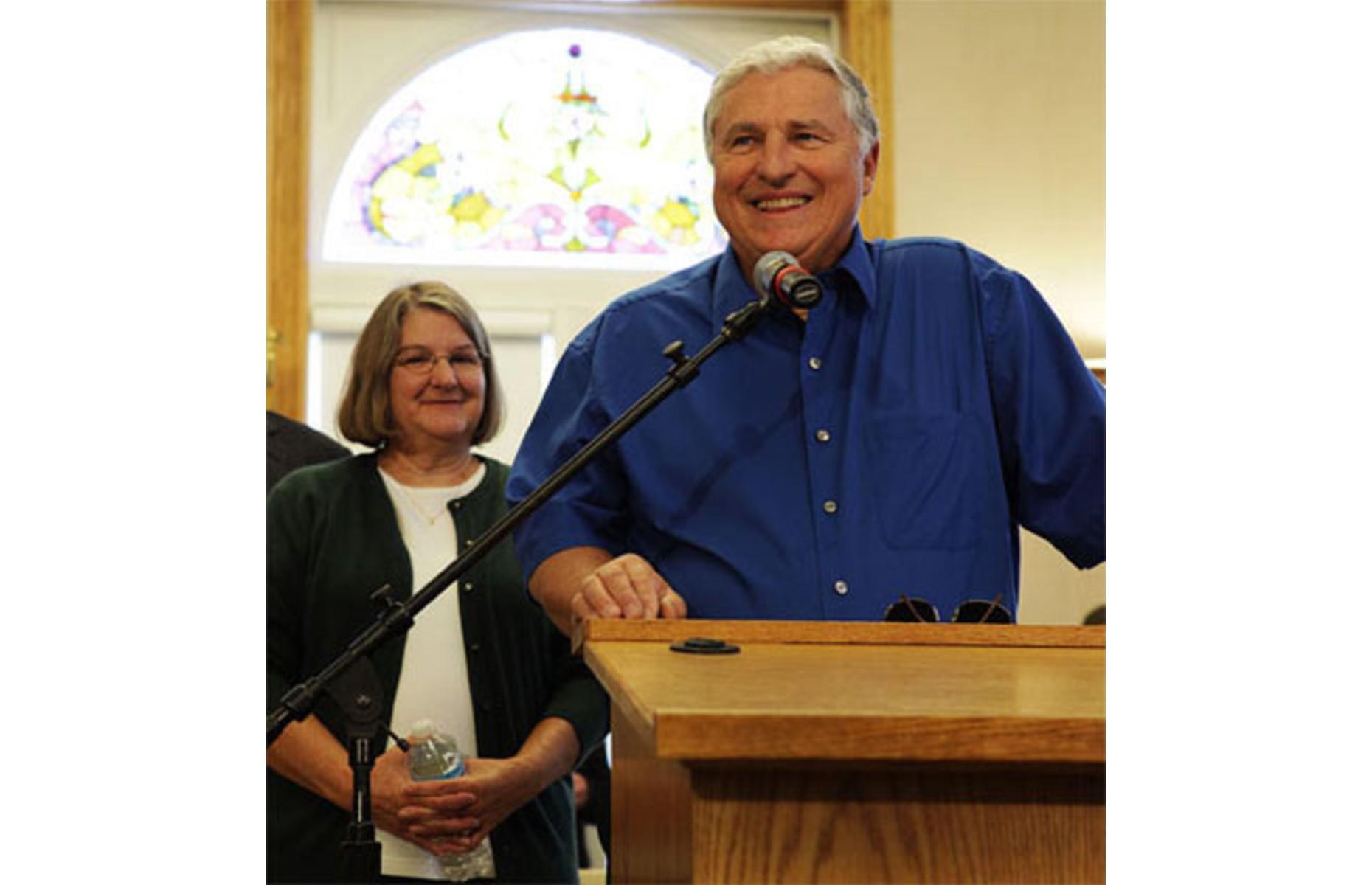 Three winning tickets split the $656 million Mega Millions jackpot on 30 March 2012, giving each winner a healthy $218.6 million windfall. One winning pair, Merle and Patricia Butler (pictured) from Illinois, told a press conference: “We are just everyday people who have worked hard all our life, who love our family and our city, pay our taxes and try and keep up with all the work that’s involved in owning and maintaining a house.” The couple's share was the largest lottery win in Illinois Lottery history.

A group of friends from Maryland known as The Three Amigos laid claim to another portion of the cash after buying 60 tickets between them, while the Kansas Lottery revealed that the third ticket was bought somewhere in the northeast of the state, but the winner remains anonymous. 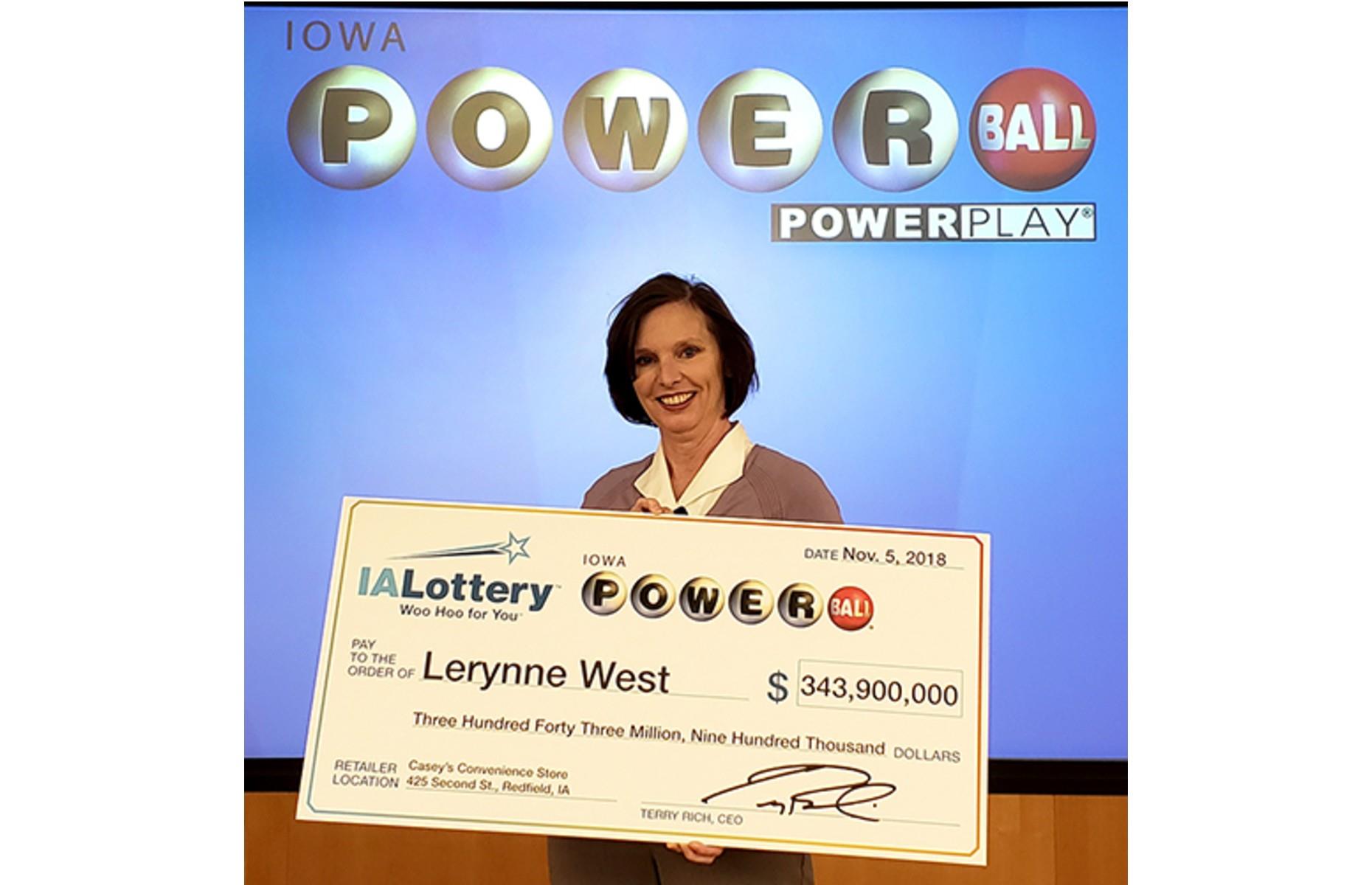 Lerynne West (pictured) from Redfield, Iowa described her win as “a life-changing moment” when she stepped up to claim half of the $687.8 million Powerball jackpot on 27 October 2018. The 51-year-old had accidentally left the ticket in her sister's pick-up truck, and only when the winner was announced as an Iowan did she go back and retrieve it from her sibling's vehicle.

After winning the jackpot, West set up the Callum Foundation, named after her late grandson who was born prematurely and died after a day, which raises funds for causes such as poverty alleviation, education, animal welfare and war veterans. The other $343.9 million half of the jackpot went to a mystery Powerball player who picked up the ticket at West Harlem Deli Corp convenience store in New York.

Nobody won the Powerball jackpot between 5 June and 5 October last year, allowing the winnings to rack up over almost four months. An anonymous Powerball player bought a ticket at a grocery store in Morro Bay, California (pictured). After matching all six numbers, the lucky winner netted a staggering $699.8 million jackpot. Not only did the jackpot make history as the seventh biggest lottery win in America, but it was also the first jackpot won on a Monday night since the Powerball introduced a third weekly draw on 23 August 2021.

On 20 January 2021, one ticket held the numbers to unlock the entire $731.1 million Powerball jackpot, after the prize money had been accumulating for months without a winner. The ticket was bought at Coney Market convenience store in Lonaconing, Maryland, by a member of an anonymous group known as The Power Pack. The store received a $100,000 bonus for selling the winning ticket. Owner Richard Ravenscroft told The New York Times: “We were surprised and very happy. We don’t know for who, but we are happy for somebody.” Maryland is one of only nine states that allow winners to conceal their identities if they land a lottery jackpot. The group took the cash prize of $546.8 million, which left them with an estimated $366 million to split after taxes. 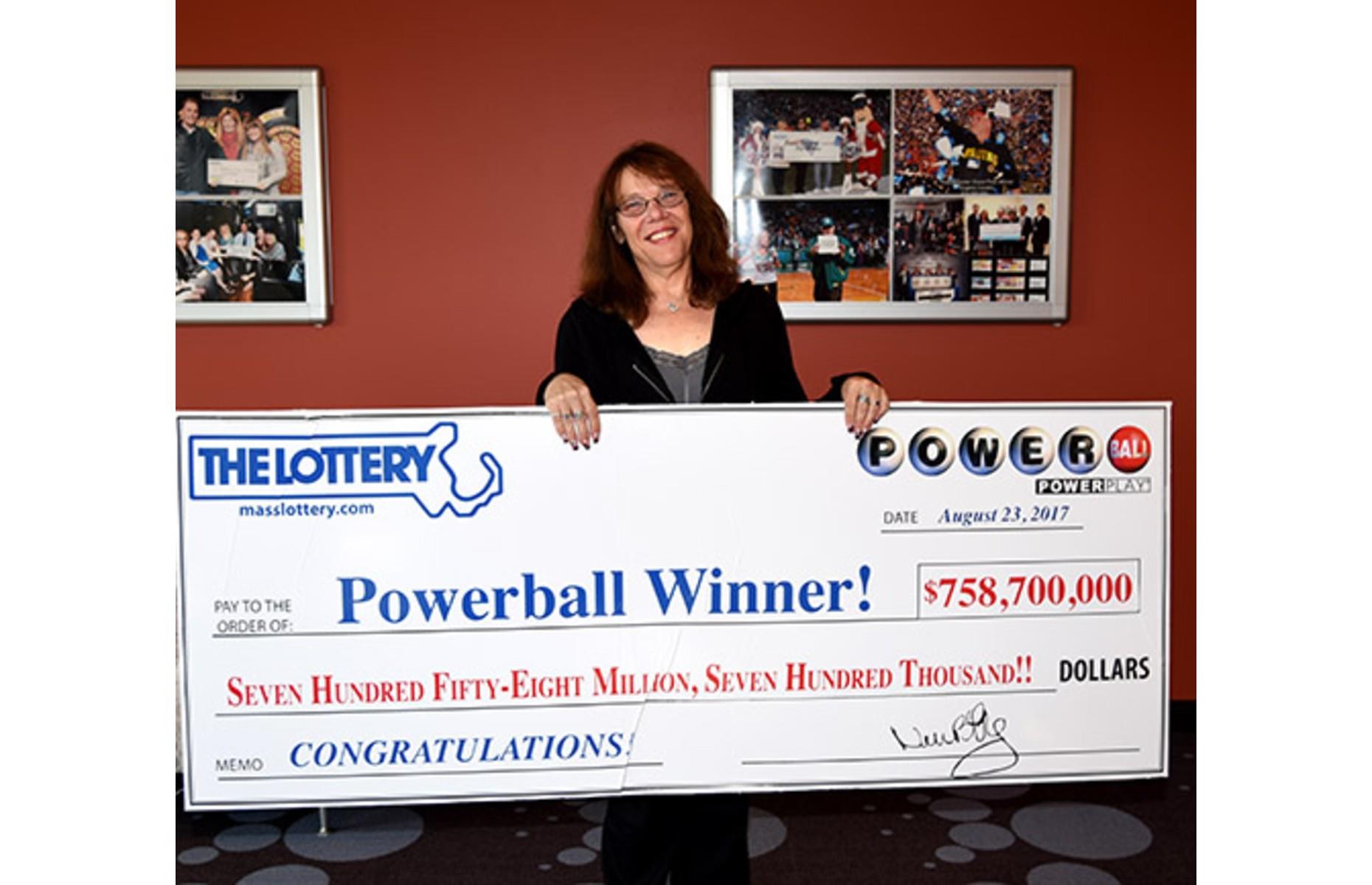 Mavis Wanczyk of Chicopee, Massachusetts was able to claim the entire $758.7 million Powerball jackpot on 23 August 2017. The 53-year-old medical centre worker had bought five tickets for the draw, three with numbers she had selected and two Quic Pics, and it was one of her number combinations that came up trumps on the night. Wanczyk’s winning ticket was a mixture of family birthdates and her lucky number four. She opted to take her winnings in one lower lump sum payment of $480.5 million, which amounted to $336.35 million after tax, rather than an annuity. 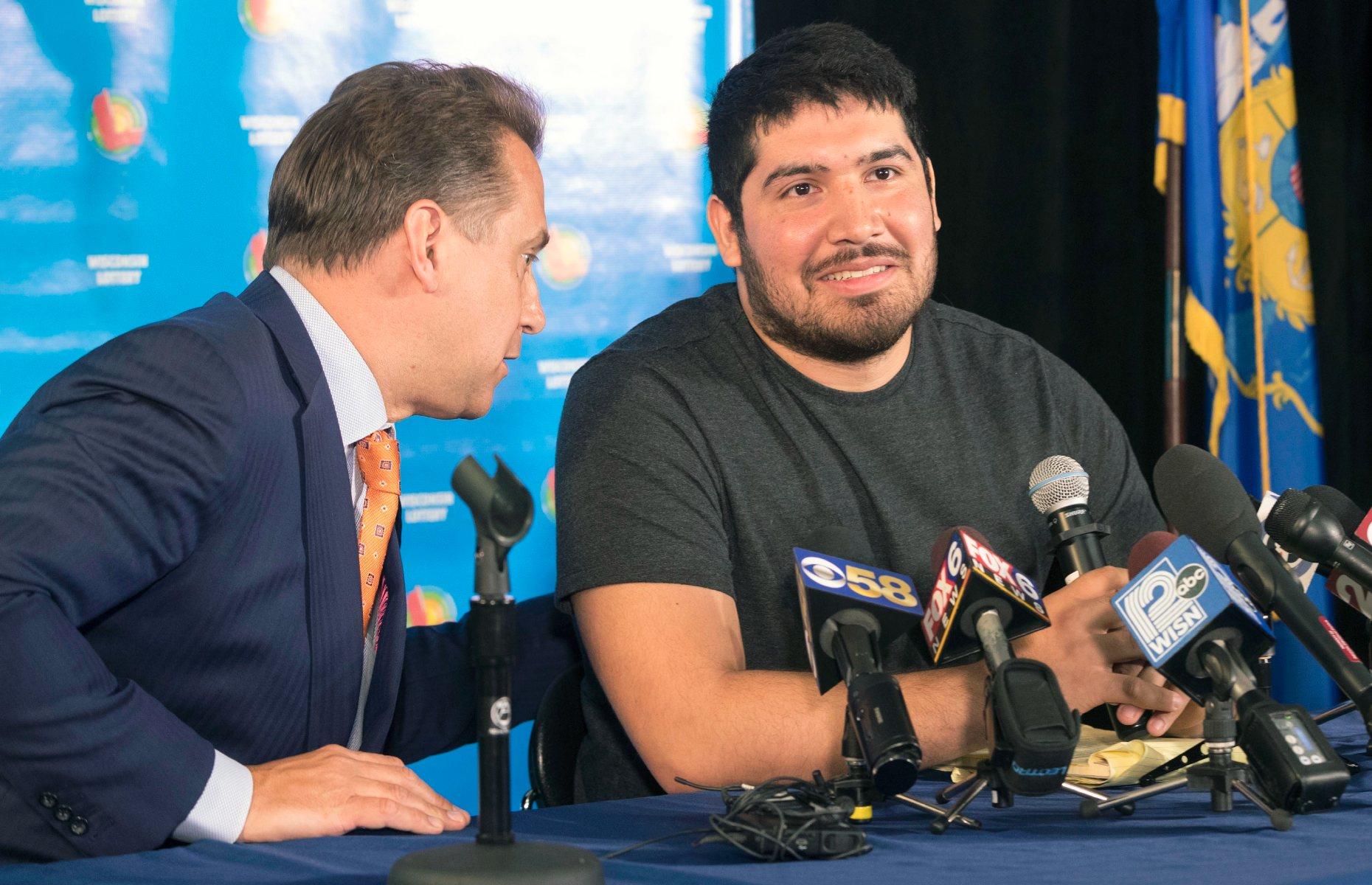 Just one lucky ticket holder scooped the top prize of $768.4 million on the Powerball lottery in March 2019. Manuel Franco (pictured on the right), who was 24, bought $10-worth of tickets at a Speedway store in New Berlin, Wisconsin. And he had a sense that luck might be on his side: “I honestly felt so lucky that I did look up at the camera [in the store] and I wanted to wink at it cause I just had that lucky feeling.”

At a press conference after his win, Franco also said that he wanted to use the money to “help out the world”. He added: “I'm sure you'll never see me as like one of the people who went bankrupt or broke or anything like that.” 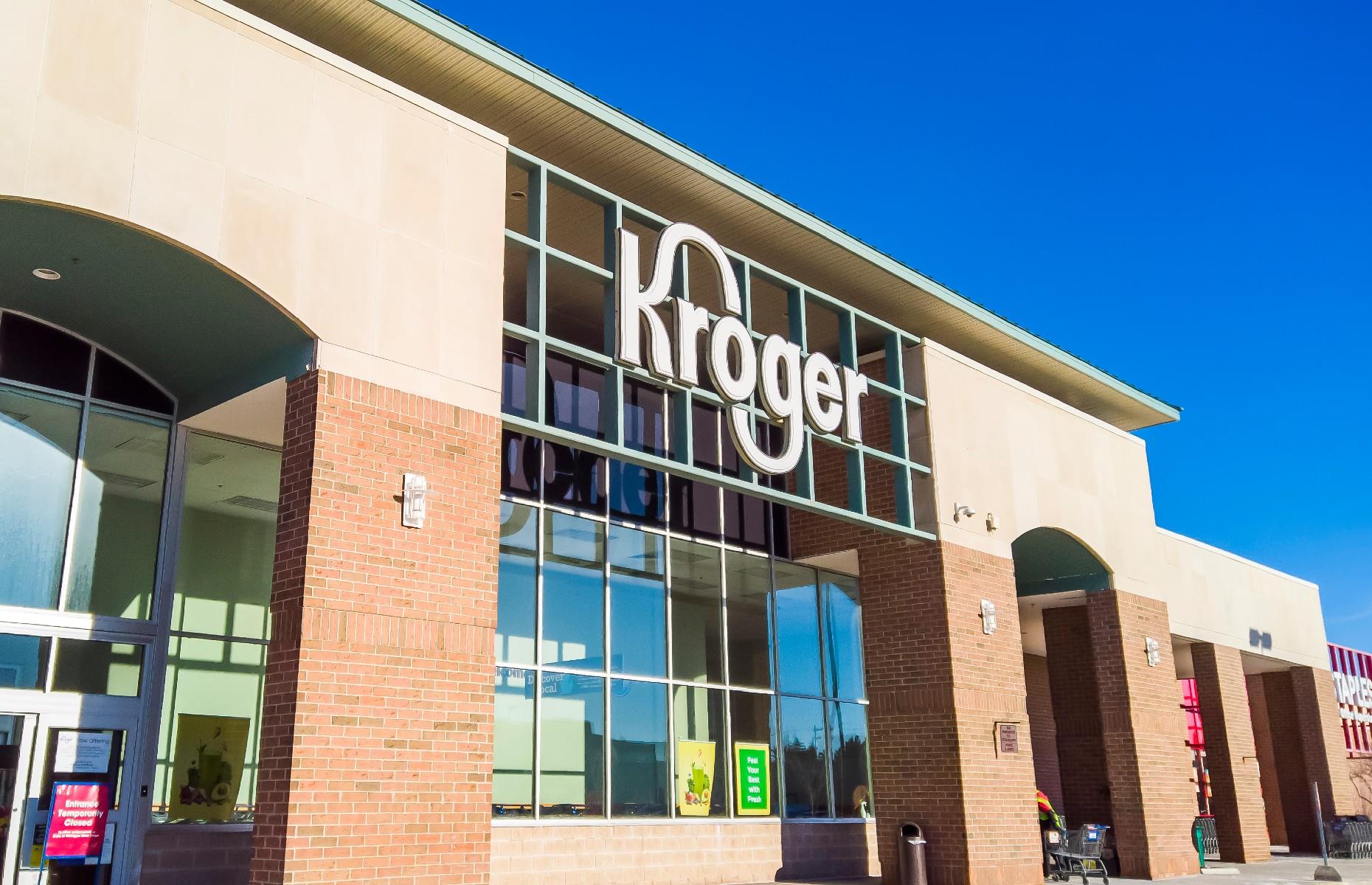 Just two days after the incredible $731.1 million Powerball jackpot was won on 20 January 2021, one Mega Millions ticket matched the numbers needed to bag the lottery’s $1.05 billion top prize. The jackpot had rolled over a record 37 times, growing since 15 September 2020, hence the eye-watering sum. A four-person syndicate known as the Wolverine FLL Club split a lump sum of $557 million after taxes. They bought the ticket at a Kroger store in the Detroit suburb of Novi in Michigan, with the grocery store chain donating its $50,000 commission to the Food Bank Council of Michigan. 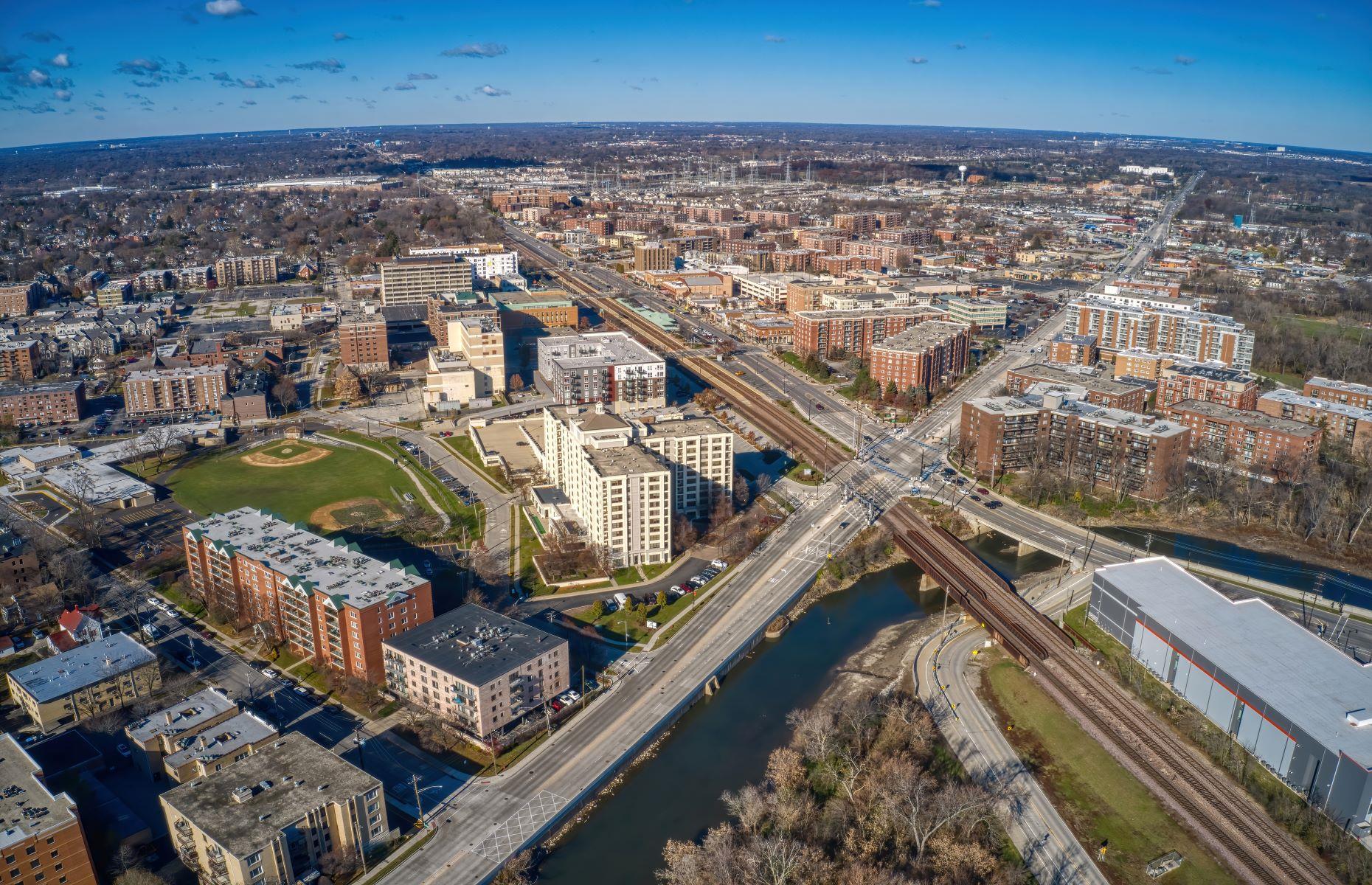 The third-highest lottery jackpot ever, a whopping $1.337 billion was won by a single ticket sold in Des Plaines, Illinois (pictured) in July this year. The ticket was bought at a Speedway gas station, but the lucky winner wasn't quick to come forward, prompting the Illinois Lottery Director Harold Mays to "encourage everybody to check [their] ticket."

The record-breaking jackpot was originally estimated to max out at $1.28 billion, but the total kept climbing as nobody had won the Mega Millions jackpot since mid-April. Eight weeks after the lottery was drawn, two players who wished to keep their identities anonymous finally claimed the prize, which they reportedly plan to take as a lump sum of $780.6 million split between them. 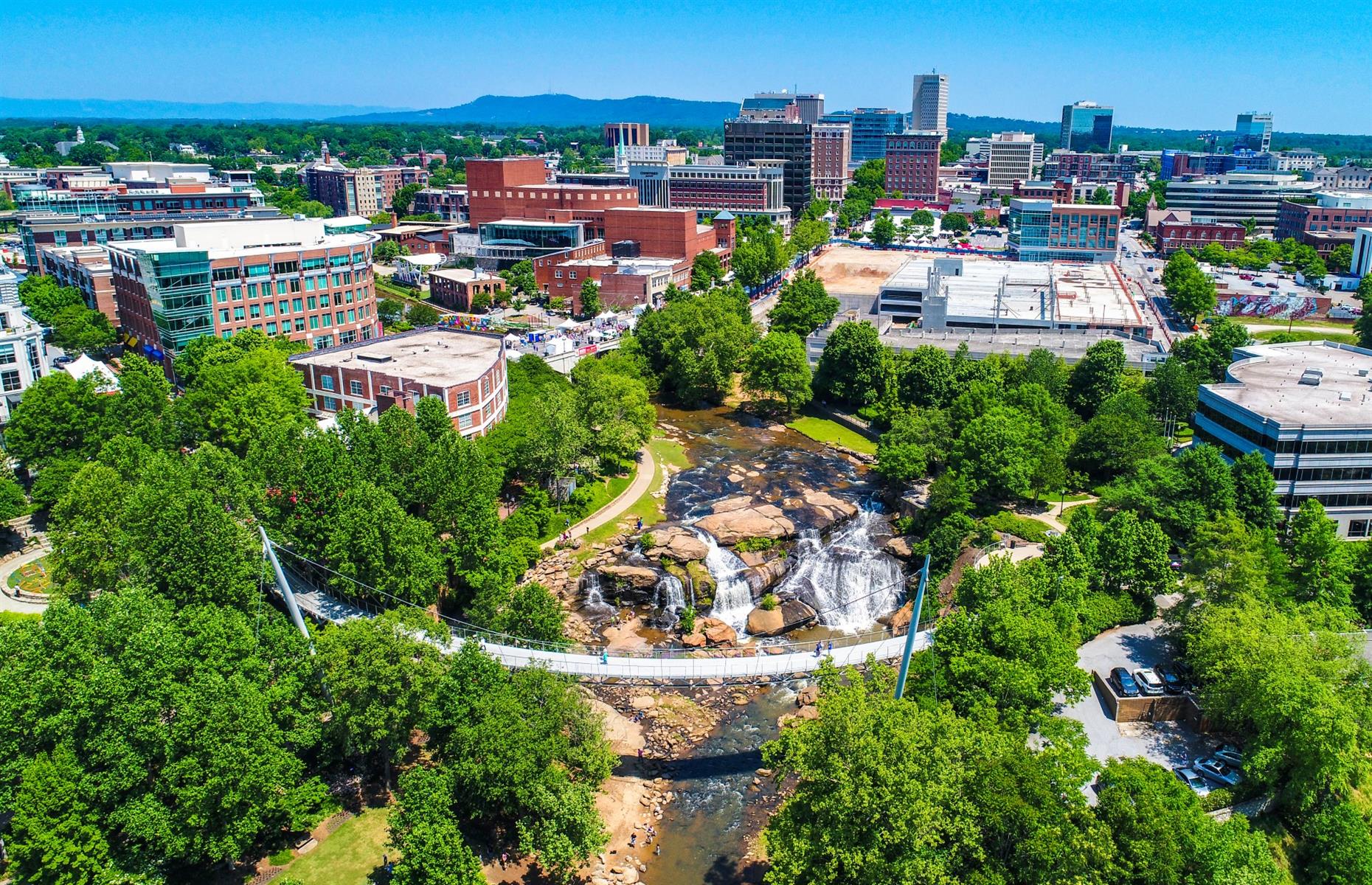 The anonymous winner of the astonishing $1.537 billion jackpot up for grabs on 23 October 2018 is known only as ‘the South Carolinian’. You could say that karma had something to do with this mysterious winner’s luck, as they had allowed a fellow customer to go ahead of them to buy a lottery ticket in the line at a KC Mart convenience store in Simpsonville, South Carolina just before they bought their winning Mega Millions ticket. It was also the first time that the Palmetto State had profited from such a huge win, and South Carolina claimed $61 million in income taxes from the unidentified winner. The winner opted to take $877.78 million in a cash lump sum rather than the full sum in an annuity over a 29-year period. 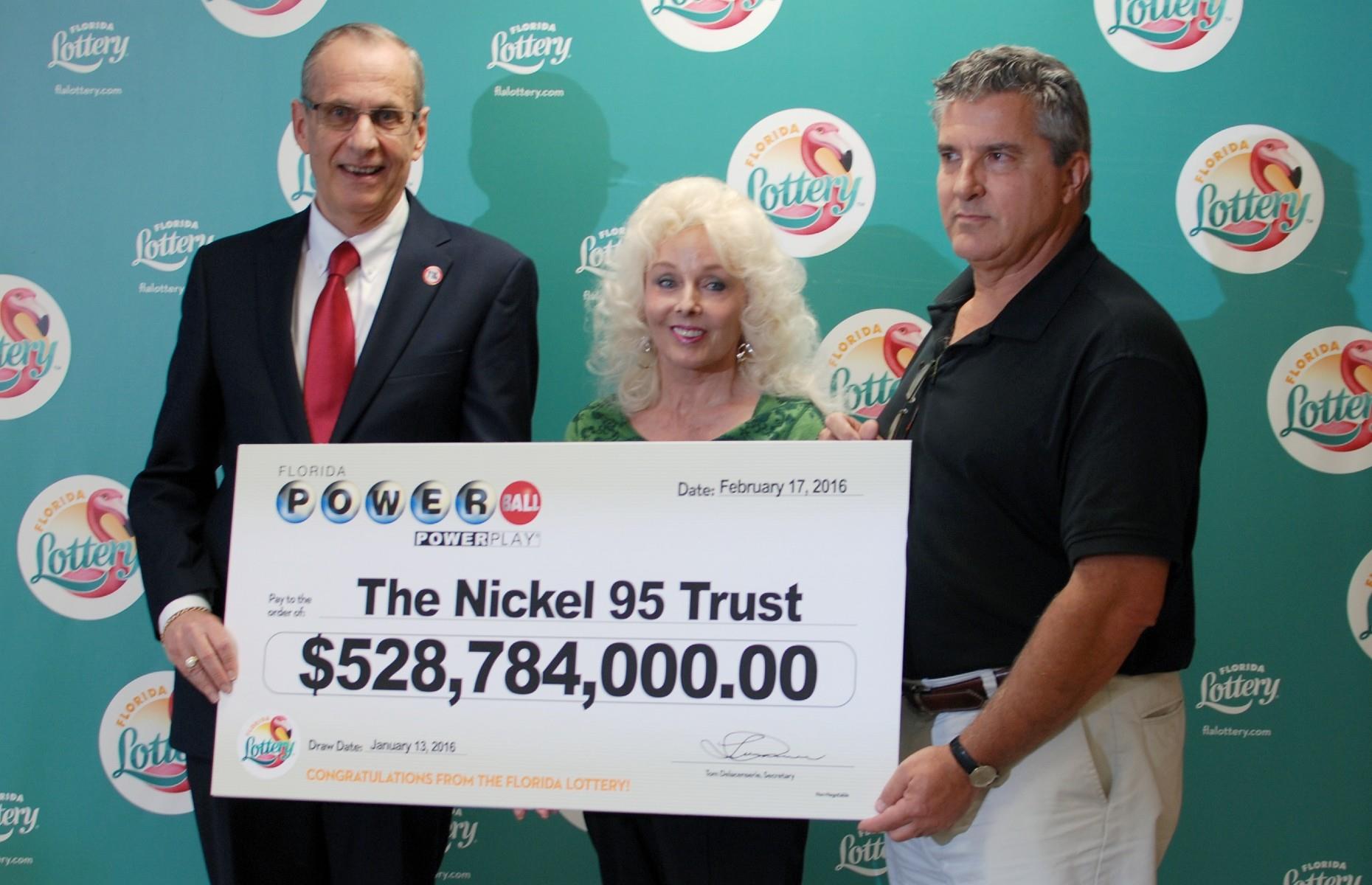 Three lucky Powerball players learned they would be sharing the biggest lottery windfall of all time on 13 January 2016, when their numbers came up for an incredible $1.584 billion jackpot. The historic event was a cross-state affair, with the winners having bought their tickets in California, Florida and Tennessee.

Married couple Maureen Smith and David Kaltschmidt from Florida (pictured on the right) set up The Nickel 95 Trust to manage their $327.8 million windfall. Despite the huge win, the couple didn’t make any drastic lifestyle changes, and reportedly still do their grocery shopping at the Publix store where Maureen bought the winning ticket. The couple also still plays the lottery each week, according to a report by the Daily Mail. Lisa and Johnson Robinson from Munford were Tennessee’s jackpot winners, and Californians Marvin and Mae Acosta claimed the remaining third six months after the numbers were drawn.